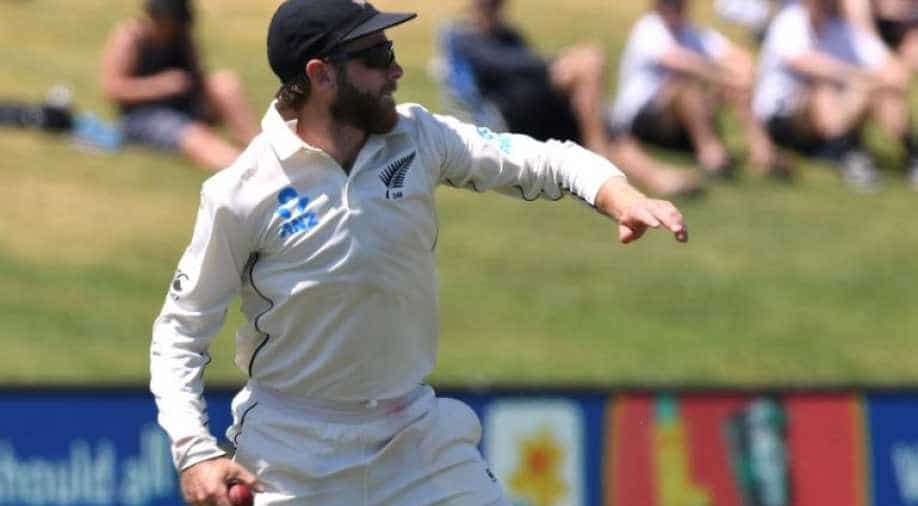 The Boxing day Test between Australia and New Zealand opened with Australia leading the three-match series 1-0 after winning the opener in Perth by 296 runs.

New Zealand all-rounder Colin De Grandhomme broke a stubborn third-wicket partnership by bowling Marnus Labuschagne but Australia's batsmen were otherwise dominant as they pushed to 155 for three at tea on the opening day of the Boxing Day Test on Thursday.

Labuschagne was out for 63 failing to play a shot, with the ball clipping his elbow before clattering into the stumps.

The number three batsman's dismissal ended an 83-run partnership with Smith, giving New Zealand's bowlers a late reward after they were unlucky not to make further inroads at the Melbourne Cricket Ground.

Steve Smith was 41 not out, with Matthew Wade on seven after New Zealand skipper Kane Williamson won the toss and sent Australia in to bat.

Williamson was tempted by a pitch with a covering of grass under an overcast sky and his decision paid an immediate dividend when recalled paceman Trent Boult bowled opener, Joe Burns, for a first-ball duck with the fourth delivery of the morning.

But Warner and Labuschagne hung tough for a 60-run partnership before the former nicked Neil Wagner into the slips where Tim Southee dived for a sharp one-handed catch.

Australia reached lunch at 67 for two but were fortunate not to lose Labuschagne for 27 after the break when he was called through for a risky single then turned back by Smith. Williamson's throw at the stumps from mid-off flew wide with Labuschagne metres short of his ground.

Wade was also in the action with the second-last ball before tea, with neither wicketkeeper BJ Watling nor first slip moving for a catch off the bowling of Wagner.

The umpire gave four runs for Wade when the ball raced to the boundary but replays appeared to show it had missed his bat and pinged off his thigh.

Australia lead the three-match series 1-0 after winning the opener in Perth by 296 runs.

The home side's selectors said they had added uncapped spinner Mitchell Swepson to the squad for the third and final Test at the Sydney Cricket Ground.