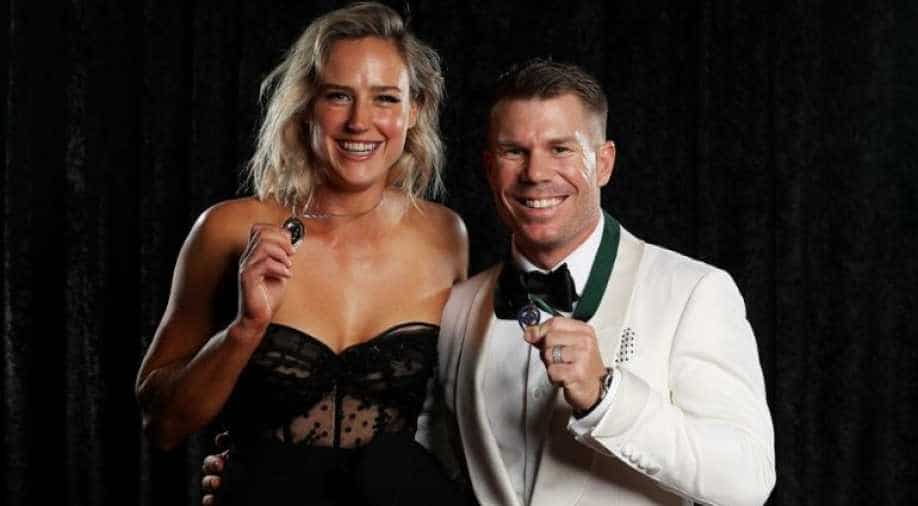 Warner joins a club of multiple winners of the Border Medal he has won in 2016 and 2017.

Australian opener David Warner won the Allan Border medal after beating his teammate Steve Smith by one vote on Monday.

He was emotional while receiving the 'Australian cricketer of the year' (the medal) after a stunning comeback post the ban imposed on him in the ball-tampering row in South Africa two year ago.

"It was a lot of hard work and commitment to put my hand back up for selection, and to go away and do what I know best which is to try and score as many runs as I can in any competition I'm playing in," said Warner during his acceptance speech.

David Warner talks about his path back to the top of Australian Cricket after winning his third Allan Border Medal.#AusCricketAwards pic.twitter.com/FeAwlSyopD

Warner was among the three players (Cameron Bancroft and Steve Smith) who were banned by Cricket Australia in March 2018 for ball-tampering incident in Cape Town, South Africa. Steve Smith and David Warner were handed a one-year suspension, whereas Cameron Bancroft was suspended for nine months.

He made a stunning comeback in the game in the year 2019. The prolific opener was Australia's best batsman at the one-day World Cup which was played in England, he scored 647 runs at an average of 71.88, and was in an excellent form in Twenty20 series against Pakistan and Sri Lanka.

David scored a career-high 335 not out in Adelaide against Pakistan's young bowling attack in the two-match Test series.

Male One Day International Player of the Year: Aaron Finch

Female One Day International Player of the Year: Alyssa Healy