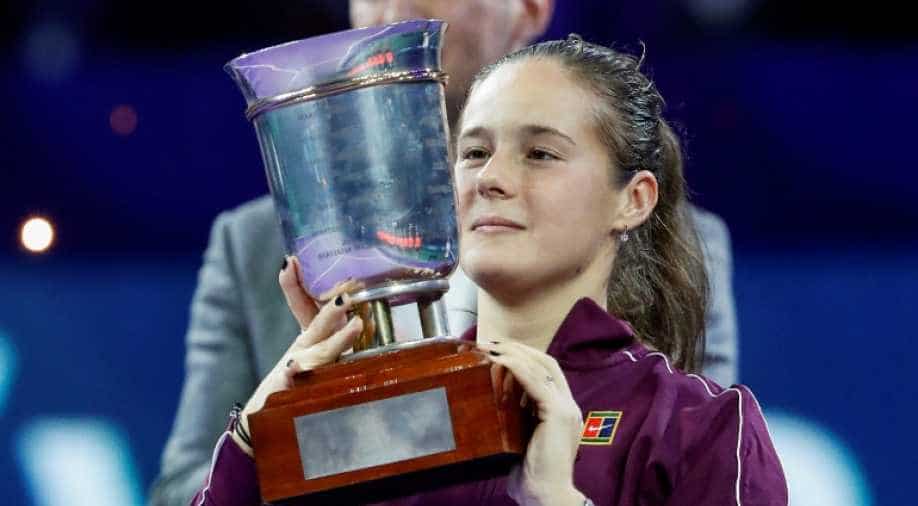 The pair exchanged early breaks in the opening set before Kasatkina fired a blistering forehand to take a 4-2 lead.

Home favourite Daria Kasatkina roared back from a set and 4-1 down to win the Kremlin Cup in Moscow on Saturday (October 20), denying Tunisian qualifer Ons Jabeur a first WTA title for her country.

Last year's runner-up Kasatkina survived a rollercoaster encounter to complete the turnaround for a 2-6, 7-6(3), 6-4 victory after two hours and five minutes.

The pair exchanged early breaks in the opening set before Kasatkina fired a blistering forehand to take a 4-2 lead.

Playing her first WTA final, and a first for a Tunisian, Jabeur recovered with some aggressive returns as she reeled off four games in a row to claim the first set.

Jabeur's relentless groundstrokes earned her a 4-1 lead in the second set before her sixth-seeded opponent showed her experience to draw level at 4-4.

Last year's finalist Kasatkina turned on the style in the tiebreak, claiming four straight points to force a decider.

World number 101 Jabeur, who had battled through qualifying, showed understandable signs of fatigue as the match ticked past the two-hour mark, handing Kasatkina a crucial break on her way to a second career WTA title.

World number 14 Kasatkina ended a run of three losses in the finals to clinch her first hardcourt title.

The victory also earned her a trip to WTA Finals in Singapore, overtaking Aryna Sabalenka as the first alternate for the season-ending tournament next week.