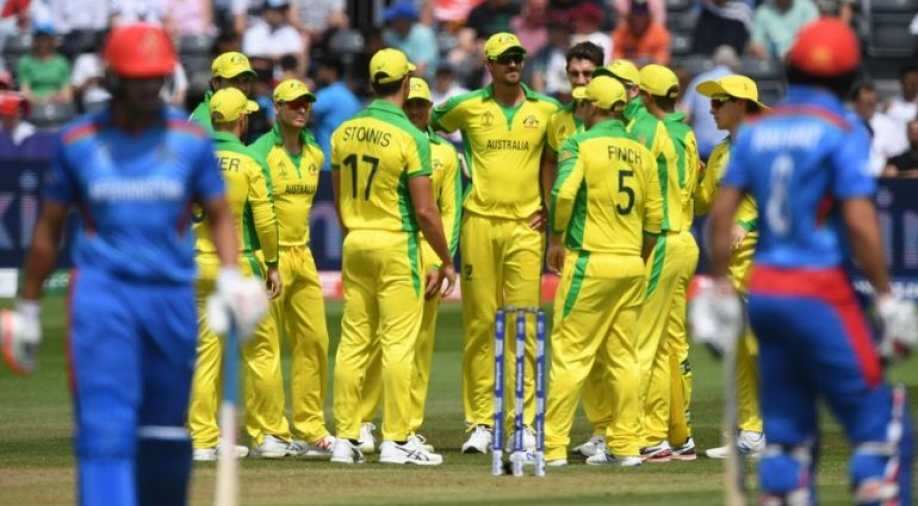 Warner, who returned after a year-long ban, played brilliant innings and scored an unbeaten 89 runs

Openers Aaron Finch and David Warner completed their half-centuries as Australia chased down the target of the 208-run target in 34.5 overs.

Finch scored a total of 66 runs off 49 balls and his innings included 6 fours and 4 sixes before losing his wicket to Gulbadin Naib.

Warner, who returned after a year-long ban, played brilliant innings and scored an unbeaten 89 runs.

He was given the player of the match for his performance.

"Need to keep our nerves and look to see through that period. It's a different contrast from the team back then (in 2015). There was more experience at that point but this squad also has great energy in it," said Warner after the match.

Steve Smith, who is also coming after serving a one-year ban, scored 18 runs.

The defending champions stroll to a comfortable seven-wicket win, riding on David Warner's 89*.

That's their #CWC19 campaign off to a flier. #CmonAussie pic.twitter.com/ajxXoCYP3J

Earlier, Australia's Pat Cummins and Adam Zampa took three wickets each as Afghanistan were bowled out for 207 in 39 overs.

Paceman Cummins finished with figures of 3-40 and leg spinner Zampa took 3-60 as the holders kept the brakes on their inexperienced but flamboyant opponents.

Afghanistan lost both of their openers in the first two overs but rallied with a half century from captain Najibullah Zadran and an aggressive cameo from Rashid Khan to creep over the 200-run mark.

Rahmat Shah steadied the innings with a 43-run knock after coming in at No. 3, but it was Najibullah and Gulbadin Naib who gave the Afghanis hope of a competitive total with a swashbuckllng 83-run sixth-wicket partnership off only 75 balls.

Najibullah, who won the toss and elected to bat, scored 51 off 49 balls while Gulbadin hit 31 off 33.

Rashid Khan also flashed his bat but his knock of 27 runs off 11 balls ended when Zampa trapped him leg before wickets.