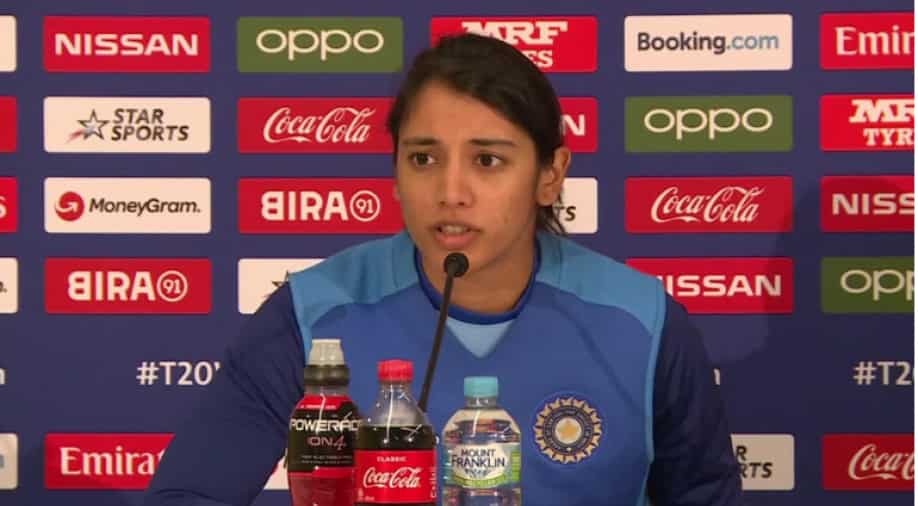 Mandhana named in ICC T20 women's Team of the Year, no Indian in the men's side Photograph:( Twitter )

Absence of experience with negotiating the end phases of a day was a significant purpose for the batting collapse India endured on the second day of the one-off Test against England Women, figures opener Smriti Mandhana.

Absence of experience with negotiating the end phases of a day was a significant purpose for the batting collapse India endured on the second day of the one-off Test against England Women, figures opener Smriti Mandhana.

Smriti Mandhana, a snappy left-hander, and youthful Shafali Verma had produced a strong 167-run remain with their half-centuries of years in India's reaction to the monstrous England first innings all out of 396/9.

Be that as it may, Team India lost five wickets in a rush to lose the plot and were ultimately compelled to follow on. In a post-match press conference after the end of Day 3, Smriti Mandhana said:  “Definitely, a slight pressure of ending the day ‘not out’, might have played a part and that will come with experience."

“The more we play Test matches, the more we’ll get used to the conditions – one over before lunch or one over before the day’s end and all those sessions, so we can be more mature about (approaching them) and not take the pressure.”

In any case, she accused herself rather than naiveté, for her own dismissal.

“We aren’t used to batting beyond 50 overs. But I wouldn’t say I got out because of lack of experience in Test matches because I threw my wicket away in the last session” - she said.

Smriti Mandhana said the conditions were still useful for batting and with capable player Shafali Verma continuing forward, her side was in a decent position.

India were 83 for 1 at stumps on the downpour intruded on third and penultimate day in the wake of following on, as yet following by 82 runs generally with nine second-innings wickets close by.

“The conditions changed slightly, it was just windy. It wasn’t swinging that much. It was good to bat on though the conditions were cloudy and overcast” - she added.

Shafali Verma and Deepti Sharma were batting on 55 and 18 individually when the final session was wiped out by a downpour. Smriti Mandhana scored eight runs in the second innings after a 78 in the first.

“I gave away my wicket though it was not such great a ball. I am disappointed.”

Smriti Mandhana was all acclaimed for youthful Shafali Verma, who missed on a ton in the primary innings by only 4 runs, saying it was noteworthy to watch her bat.

“We both are very similar in our approach to keep things simple, so we don’t really discuss much batting in the middle. The way she changed her game and the maturity she showed, is very positive for Indian cricket going forward. Her shots, in T20Is I’ve always watched them from the other end. I hope she keeps going the way she is.”