WTC Final: Tom Latham is thankful for a reserve day as Day 1 was washed out 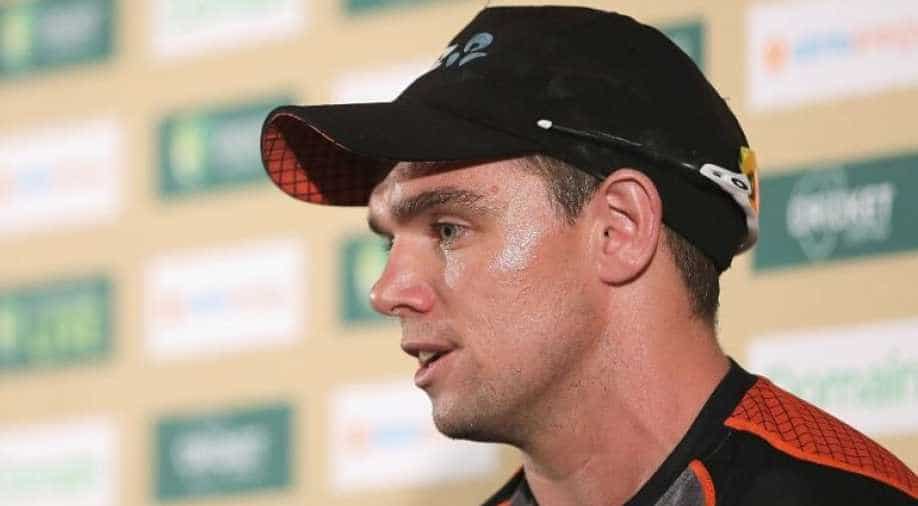 New Zealand cricketer Tom Latham speaks during a press conference on the eve of the third cricket Test match between Australia and New Zealand in Sydney on January 2, 2020. Photograph:( AFP )

Tom Latham has supported the International Cricket Council's choice to have a reserve day after the first day of the season of the World Test Championship last was cleaned out.

The beginning of the much anticipated World Test Championship final among India and New Zealand ended up being against climatic, with the whole day at the Rose Bowl being cleaned out without even the throw occurring. Tom Latham said his team was expecting no play on Day 1, given the predictable downpours before the beginning of the day's play.

Tom Latham has supported the International Cricket Council's choice to have a reserve day after the first day of the season of the World Test Championship last was cleaned out. In a post-match press conference he said:

“It’s disappointing - the rain today, it was forecast, unfortunately, but it’s one of those things that as cricketers you need to adapt. It’s something we can’t control, it’s just about waiting, and when we get the opportunity to come on, making sure we’re ready."

“The beauty of it is there is day six as well, so there is a little extra time that we can use then. We’ll wait and see and have a look tomorrow.

“I guess for us it’s just about waiting and trying to adapt to whatever weather conditions we’re facing, whether it’s tomorrow or whenever it may be. It’s important we aren’t caught on the hop and that we’re ready when called upon. We’ve been in this situation many times as cricketers, so it’s about trying to stay ready.

While India has effectively named their playing XI, New Zealand will take a call depending upon the wicket. Tom Latham said, demonstrating that the day 1 washout might not have an immense effect on the team selection.

“For us, it's just about trying to wait and see and adapt to whatever conditions we're faced with, whether it's tomorrow or whenever it may be. It's important that we aren't caught on the hop, that we're ready to go when called upon. We've been in this situation many times before as cricketers” - he said.

New Zealand hasn't won an ICC tournament since 2000. Presently, as another chance calls, Tom Latham demands the players are living at the time.

“I certainly don't think the guys are looking too far ahead. It's about trying to, one, stay in this moment, and then when we get the chance, it's about trying to execute our skills as best we can” - he added.