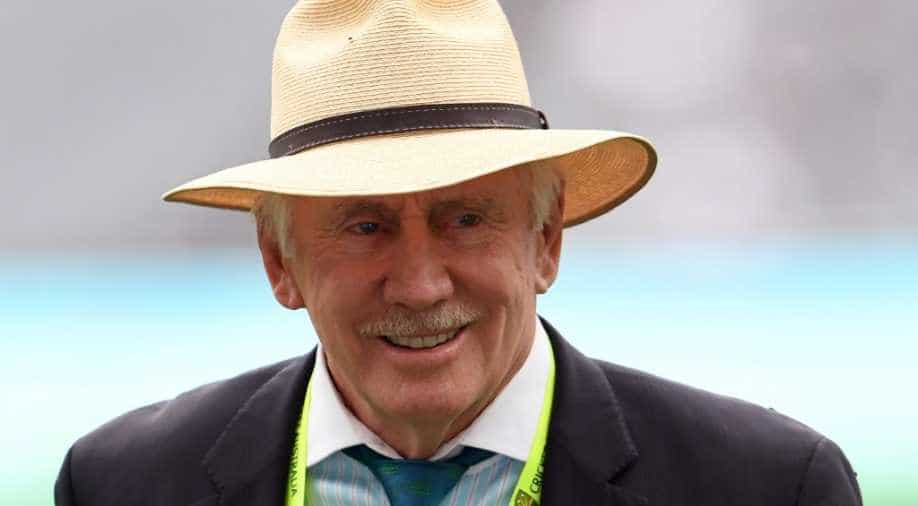 Ian Chappell recommended authorizing one substance to help the bowlers swing the ball to discourage them from utilizing illicit things like sandpaper.

Ian Chappell has proposed an extreme answer for the ball-tampering discussions. He recommended authorizing one substance to help the bowlers swing the ball to discourage them from utilizing illicit things like sandpaper.

Ball-tampering has been in the news indeed after Cameron Bancroft alluded to the association of Australian bowlers in the sandpaper episode in the 2018 Cape Town Test.

While the Aussie bowlers have inside and out denied the cases, Cricket Australia has stayed quiet in the wake of communicating their longing to resume the case.

Notwithstanding, numerous from the cricket organization have come out to guarantee that inconspicuous ball-tampering was pervasive even before 2018 and would remain so later on too. Ian Chappell feels this could be blocked by asking players what they need to keep up the shine and giving them 'something in return'.

In a conversation with ESPNcricinfo Ian Chappell said: "I think about 20 years ago, I said what they should do is go to the captains of every country and you get a list of things that they think will help the ball swing. Then you send us all these lists, we'll go through them and we'll come up with one thing and it will be a sensible thing, not using a bottle cap to scrape the ball. It'll be viable but we'll give you one thing that'll help you swing the ball and everything else will be illegal. Maybe I am naive but think if you did, you might stop all the other shenanigans because you give them something in return".

Ian Chappell additionally saw that contentions like ball-tampering, underarm ball. just emerge in light of the fact that the game is vigorously shifted in the blessing of the batsmen.

"Let's look at the way the laws are written. They are pretty much always written in favor of the batsman and if you go right back to underarm bowling to sidearm bowling... to body line and ball-tampering - they all come about because the balance is too much in favor of the batsmen and the bowlers say 'We have had enough, we are mad as hell and we are going to do something about it" - he added.

Ian Chappell likewise contended that the entire issue of ball-altering will not shrivel away without any problem. He cited David Warner's chief in advancing his point that the chance of the opener delivering a post-retirement book with 'every bit of relevant information will not allow the issue to bite the dust at any point in the near future.

"There have been a few suggestions that when David Warner retires, he's going to write a book and tell the 'whole truth and nothing but the truth' and with that sort of hanging in the air, I don't think there's any way this thing is going to die" - he signed off.