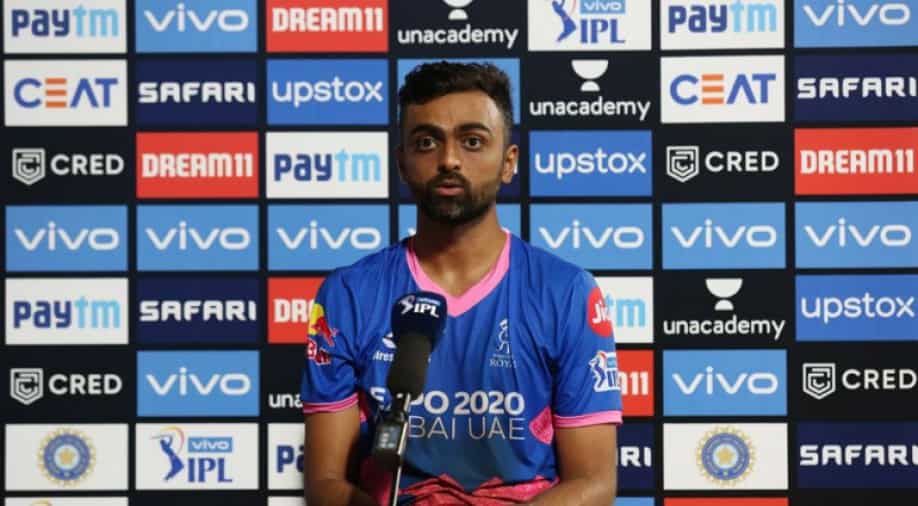 Saurashtra pacer Jaydev Unadkat accepts he is presently at his pinnacle and communicated his dismay over his non-selection in the Indian squad for overseas voyages through Australia and England in spite of exceptional performances in domestic cricket.

Saurashtra pacer Jaydev Unadkat accepts he is presently at his pinnacle and communicated his dismay over his non-selection in the Indian squad for overseas tours of Australia and England in spite of exceptional performances in domestic cricket.

India's last Ranji Trophy season before the pandemic struck was 2019-20, which the Jaydev Unadkat-drove Saurashtra won. The left-arm pacer lead from the front, completing the most noteworthy wicket-taker of the period. He guaranteed 67 wickets from 10 matches at an average of 13.23.

Not having played first-class cricket in longer than a year and with no conviction because of the pandemic circumstance, Jaydev Unadkat communicated his concerns and disillusionment in a conversation with Sportstar.

“I expect selection in India team when I am at my peak now when I have performed the way I have, I was hoping I’ll get the call somewhere down the line. The opportunities have become one, they have reduced because of lesser tournaments, but that has resulted in them creating a bigger pool for every series. That way, it has become an opportunity in itself," Unadkar said.

“And not being selected in that sense has been disappointing for sure, but having said that, I’ve got to keep doing what I’ve been doing. I am not going to allow my prime to pass just like that. Now that I’ve not got that chance despite the kind of season I had, it’s up to me how to continue the same form and keep myself motivated. It’s a fact that I was the highest wicket-taker in Ranji Trophy. Nothing has really happened after that," he added.

Jaydev Unadkat feels disappointed at not getting a chance even after a few injuries occurred during the historic Test series down under. He accepts his helpless structure for the Rajasthan Royals in IPL 2020 hampered his odds of determination for the Australia Tour.

In the seven games he played for RR in 2020, Jaydev Unadkat asserted only four wickets and went for right around ten runs in an over, with the side ending on the eighth position.

“Even during the Australia tour, with the number of injuries that were happening, it became disappointing afterward. To start with, maybe because I didn’t have a great IPL 2020 - and what they look for is the current form. It was T20 cricket in IPL, but it was going to be red-ball cricket Down Under, but nowadays, they look at current form more than the format. Since there wasn’t much cricket happening back then, there was no Ranji Trophy this season, that way to start with, I felt exclusion from the Australia tour was fine because everyone was fit in the main squad. But later on, looking at those who got chances, I felt I deserved one," the left-arm seamer said.

“Now for the England tour, I was hoping for it. As simple as that. I have been honest in the past when I have said that the guys who are at the top are doing well, so I have to wait for my chance. This time around, I have been honestly disappointed. I’ll still take the disappointment positively to motivate myself to do better. That’s all I can do” - he added.

For the impending England visit, India have even picked an amateur left-arm pacer Arzan Nagwaswalla as one of the backup players.

Jaydev Unadkat, 29, is among the best bowlers in the Indian domestic circuit. He has 327 wickets from 89 top-of-the-line matches at 23.21. He has additionally been phenomenal with the white ball during the T20s, asserting 182 wickets from 150 games.