Cricket: Focus on the basics and you will succeed - 'Test matches are very simple,' says Mohammed Shami 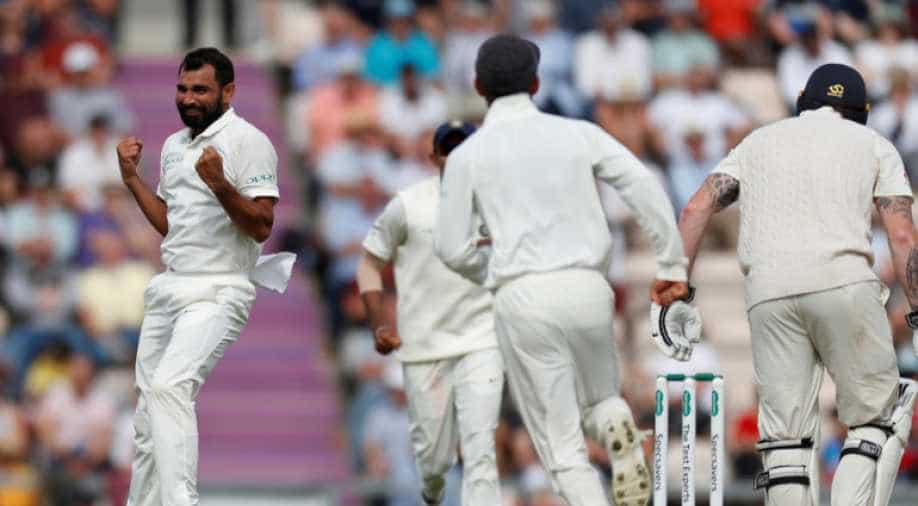 Mohammed Shami, who was at his blazing best on the first day of the season of the first Test against England, said that his team was in a decent situation after bowling out the hosts for 183.

England captain Joe Root's choice to bat first misfired as India pacers drove by Jasprit Bumrah and Mohammed Shami set up a great show to bowl out the hosts for 183 runs in the first Test on Wednesday.

Mohammed Shami, who was at his blazing best on the first day of the season of the first Test against England, said that his team was in a decent situation after bowling out the hosts for 183.

ALSO READ: Cricket: 'I can perform at this level': Sam Curran says it gives 'great confidence' when you perform against India

"Obviously because 183 as per me we should make a good score and take the lead. We are in a good position because any team you bowl out for 183 at its home is a good performance," he said.

Mohammed Shami also spoke about Sam Curran's cameo for England. Albeit the all-rounder's unbeaten 37-ball 27 gave Indian fans some unnerving flashbacks from 2018, Shami said his team didn't overthink about the past and just centered on the basics.

"Test matches are all about patience. Forget what has happened in the past, we have to think about the present situation. In my opinion, Test matches are very simple - the more you focus on the basics, the more you'll have the chances to succeed," he said.

ALSO READ: IND vs ENG, 1st Test, Live Streaming: When and where to watch India vs England?

"If you overthink, you will tend to leak runs and it's an unnecessary add-on. I think you should focus on the basics and play according to the situation. We work without thinking too much and that's what makes us more successful," he added.

At the Stumps, India were 21-0. Indian openers Rohit Sharma and KL Rahul arranged the eruption of English pacers in the last session.

“Our first innings, the bowling part is over. Our batting part is left. I will say only one thing, you need to play the first hour with caution, because you should not lose your focus, be in control, so the first thing is to achieve this score and then think about the lead. The main focus will be to score 183 and after that whatever comes,” he concluded.