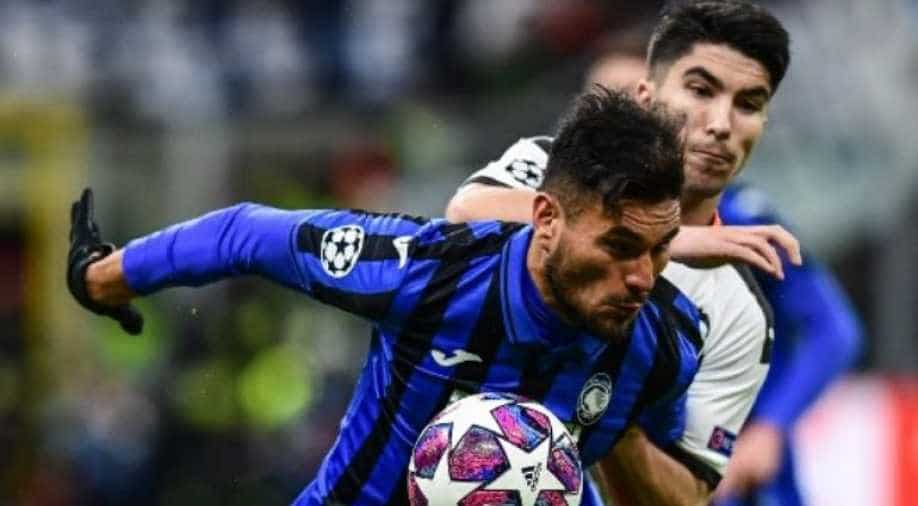 "This is an evening that we'll remember forever," said Gasperini. "It's an amazing result, full of emotion."

Atalanta coach Gian Piero Gasperini hailed a performance his club will "remember forever" after the Italian side crushed Valencia 4-1 on Wednesday to take a giant step closer to reaching the Champions League quarter-finals for the first time.

"This is an evening that we'll remember forever," said Gasperini. "It's an amazing result, full of emotion."

It was an extraordinary night for the side from Bergamo who travelled to the San Siro with over 40,000 of their fans as their home stadium 55km away does not meet UEFA regulations.

Denis Cheryshev pulled one back for Valencia in the first leg of the last-16 tie at the San Siro, the same stadium where the Spanish side lost 2001 final to Bayern Munich on penalties.

Valencia, seventh in La Liga, had finished top of their group after away wins over Ajax and Chelsea but were missing several key players through injury and suspension.

👉 He'll be one of four players in tonight's vote where you crown Player of the Week 👑 pic.twitter.com/WTn8BtoMhD

"In the end, it doesn't reflect much what we saw on the pitch."

"Three goals ahead is a nice reward," added Gasperini. "But there were a lot of dangerous situations, these are things we'll need to improve in Valencia.

"We are satisfied with this victory and above all with this advantage.

"Yesterday I would have signed to go to Valencia in the return game with a three-goal lead."

The tournament debutants dominated the first half with Mario Pasalic having their first chance on eight minutes, but Valencia goalkeeper Jaume Domenech pushed the ball over the bar at full stretch.

Hateboer opened the scoring just after the quarter of an hour, though, meeting a low Gomez cross to poke past Domenech for his first goal of the season.

Ferran Torres struck the post for Valencia on the half-hour mark, before Eliaquim Mangala missed a chance to connect with Goncalo Guedes' shot across the face of goal.

Marten de Roon and Gomez both fired over before Ilicic collected Pasalic's pass and drilled a powerful right-footed strike into the top corner three minutes before half-time.

Gasperini's side put the result on the night beyond any doubt 12 minutes after the break as Freuler curled in a magnificent third from the edge of the box.

Hateboer completed his brace five minutes later, ensuring that Atalanta's 12 goals in their first Champions League campaign have been scored by 10 different players.

Maxi Gomez had a golden chance to pull a goal back on the hour mark for the visitors but his weak effort was brilliantly saved by Pierluigi Gollini in the Atalanta goal.

Cheryshev came off the bench and immediately scored in the 66th minute, pouncing on a poor Jose Luis Palomino pass to give Valencia an away goal and a glimmer of hope to take into the second leg on March 10 at the Mestalla.

"We had opportunities and we didn't finish them," said Celades.

"The result is clear enough today, but it's not impossible (to turn around). Let's see what happens at Mestalla, let's play well in our stadium."