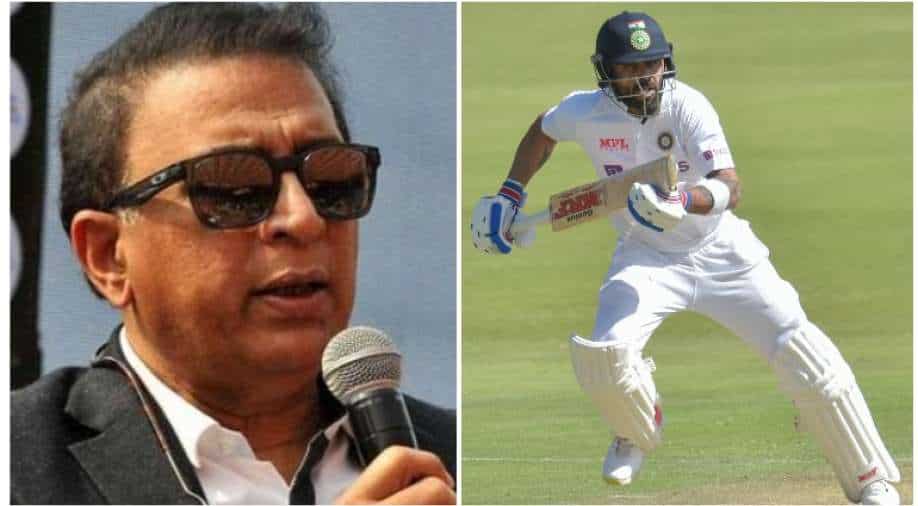 On Wednesday (December 29), Virat Kohli ended 2021 with no century in international cricket; second year in a row. Sunil Gavaskar opined on his second innings dismissal in the Centurion Test.

Virat Kohli, on Wednesday (December 29), ended the calendar year without any international century. For the unversed, it became his second successive year with no ton at the highest level. The 33-year-old's last ton came in late 2019, with a century in India's first-ever day-night Test (versus Bangladesh at home).

As Kohli's century-drought continues, former Indian opener-turned-commentator Little Master Sunil Gavaskar opined on the Test captain's dismissal during the national side's second innings of the Centurion Test. While Kohli chased a wide delivery to fall for 35 in the first essay, his departure in the second innings was in a largely similar fashion (out for 18). Thus, Gavaskar opened up on his dismissal on Day 4 of the series opener.

"Any interval, even if it's a short four-minute drinks interval, after that you've still got to reset your batting. Kohli is such an experienced batsman but maybe at the back of his mind, he is looking to get quick runs, so that the declaration can be done," added the legendary Indian cricketer.

"Have a look, how far away that ball is. He could have left it well alone, first ball after lunch," Gavaskar slammed Kohli's shot after watching the replay.

In Kohli's defence, he may have had the mindset to score some quick runs as India were looking to set up a competitive target for Dean Elgar-led South Africa in the Centurion Test. With weather forecast suggesting rain interference on Day 5, hence, India looked to attack more in their second essay -- after gaining a 130-run first-innings lead -- to fold for 174.

At present, India are in the driver's seat to win the Centurion Test on Day 5 on Thursday (December 30). If India win, it will be their first-ever at the venue; fourth-overall in the African nation.