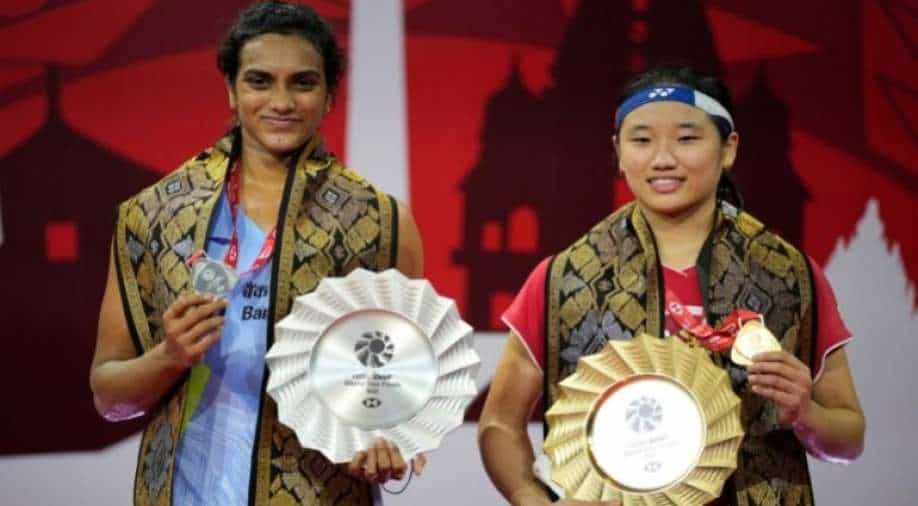 On Saturday, two-time Olympic medallist PV Sindhu had battled past Japan's Akane Yamaguchi to enter the final of the BWF World Tour Finals in Bali. She lost the summit clash against South Korea's An Se-young.

India shuttler PV Sindhu on Sunday came up short in the finals of the BWF World Tour Finals as the 26-year-old was defeated by South Korea's An Se-young in the summit clash.

The South Korea shuttler came out all guns blazing in the first game and she blazed away with a 4-0 lead, but Sindhu was able to raise her game, and the first game was locked at 7-4 in favour of Se-young after the opening four minutes of the game.

The 19-year-old An Se-young raised her level and Sindhu proved no match for her in the first game, and the South Korean was just one more game away from victory.

Young charged on with her momentum, and in the end, she defeated Sindhu in straight games to win the tournament.

On Saturday, two-time Olympic medallist PV Sindhu had battled past Japan's Akane Yamaguchi into the final of the BWF World Tour Finals in Bali.