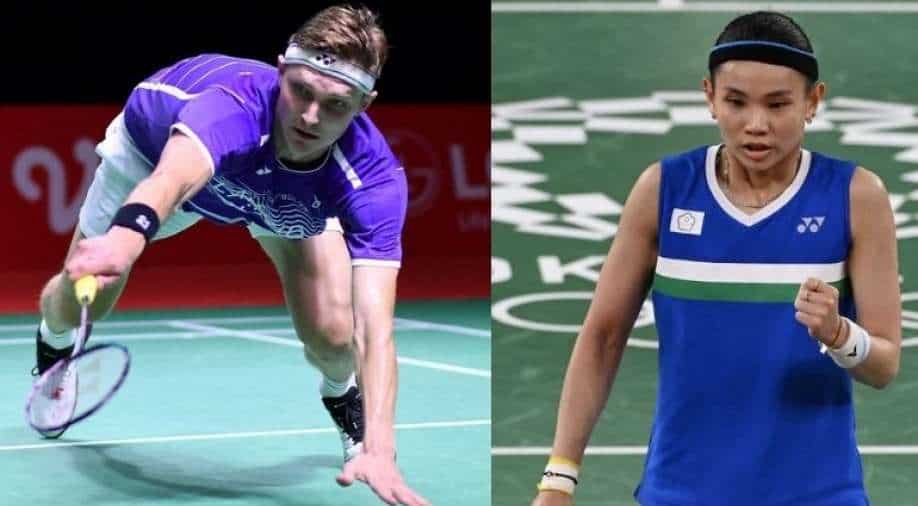 Denmark's Axelson was rewarded for his extraordinary run starting from the Barcelona Spain Masters in Feburary 2020, and made 10 finals in 11 individual tournaments, winning seven of those, including gold at the Tokyo 2020 Olympic Games, the world governing body of badminton announced during its awards ceremony on Friday.

Tai won the All England 2020 and then struck a rich vein of form at the three-tournament Asian Leg in January 2021, making all three finals, and clinching the BWF World Tour Finals 2020, Xinhua reports. The Chinese Taipei player then made the final of the Tokyo 2020 Olympics, being defeated in a thrilling match by Chinese shuttler Chen Yufei.

Due to the disruptions caused to the sport's tournaments by COVID-19 over the last two years, the period of consideration for the BWF Player of the Year awards was from November 2019 until 31 October 2021.