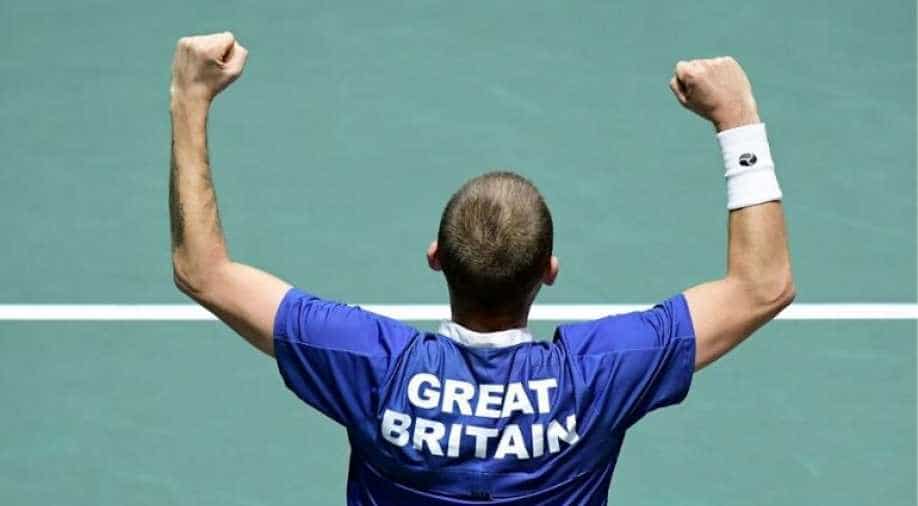 Great Britain joined Russia and Canada in the final four of tennis' new-look Davis Cup on Friday when they took an unassailable 2-0 lead over Germany.

Andy Murray was rested on Friday but will likely feature in the semi-finals where they face the winner of Spain against Argentina.

Rafael Nadal pulled Spain level at 1-1 with Argentina with a 6-1, 6-2 win over Diego Schwartzman.

"I was serving well and was playing at a high level, so let's see how it goes," said Nadal when revealing he would line up in the doubles rubber late Friday.

Earlier Russia beat Novak Djokovic's Serbia to reach the semi-finals following a cliff-hanger match that went all the way to a deciding tie-breaker.

With the quarter-final level at 1-1 following the singles, the Russian pairing of Karen Khachanov and Andrey Rublev faced Djokovic and Viktor Troicki in the deciding rubber.

After a see-saw match of high drama, the Russians came out 6-4, 4-6, 7-6 (10/8) winners and face Canada, quarter-final victors over Australia, in Saturday's semi-finals.

"It was heads or tails and the coin fell on our side," Rublev said.

Kachanov was already looking forward to the next match.

"We'll have to get it together for Canada," he said of the semi-final.

"Luck was on our side here, but this was one of the biggest games of either our careers."

Earlier in the day, Rublev won the first singles over Filip Krajinovic 6-1, 6-2 to give Russia a lead, cancelled out later by Djokovic, who overcame Khachanov 6-3, 6-3.

The world No.2 Djokovic, winner of 16 Grand Slams said the match had been "a real roller-coaster of a game, very, very emotional and very tense".

"Sport is not all about winning and losing but this hurts me personally," said the 32-year-old.

"Anyway the season is over now, we'll get over it. Tomorrow is another day."