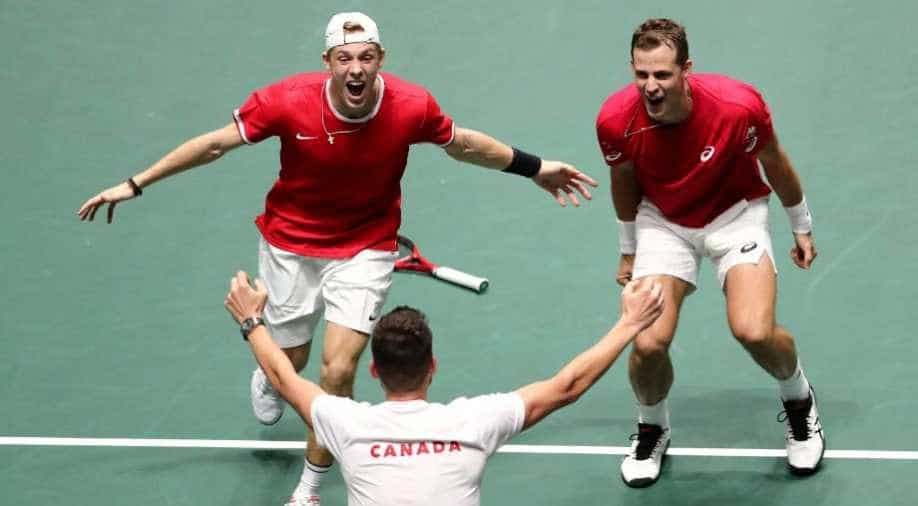 Canada booked their place in the Davis Cup semi-finals as Vasek Pospisil and Denis Shapovalov won the deciding rubber against Australia on Thursday.

The 150th-ranked Pospisil, who has had an inspired week in Madrid, gave Canada the lead by beating John Millman 7-6(7) 6-4 in the opening singles at La Caja Magica.

Shapovalov came close to clinching the deal against Alex De Minaur, only to lose 3-6 6-3 7-5, but he recovered to join Pospisil and defeat Jordan Thompson and John Peers 6-4 6-4.

Canada will face either Serbia or Russia in the semi-finals on Saturday.