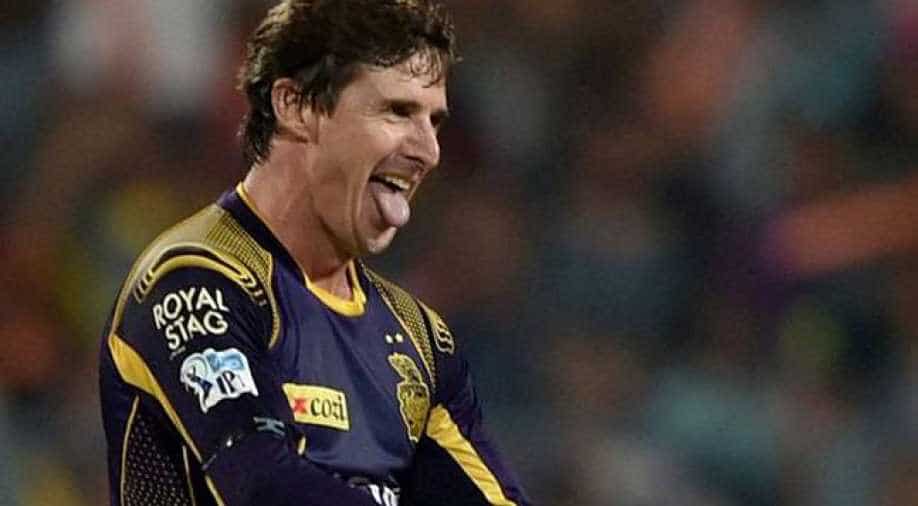 Hogg first talked about the players who made it to the list and then explained why these three big cricketing stalwarts missed out from the list.

Former Australian Spinner Brad Hogg on Monday has named the players in his IPL 2020 XI. Surprisingly Hogg missed out on some big names while doing so.

Also read: 'Great to be back': Legend Shane Warne returns to Rajasthan Royals as mentor

Hogg did not mention CSK skipper MS Dhoni, who has won three titles with Chennai and now aims at fourth for the team. Royal Challengers Bangalore's AB de Villiers and Kings XI Punjab's Chris Gayle also were not included in the XI.

Hogg first talked about the players who made it to the list and then explained why these three big cricketing stalwarts missed out from the list.

“First up, David Warner from Sunrisers Hyderabad. Consistent performer gets his team off to great starts and gets his runs at a good click. Opening the batting with Warner is Rohit Sharma. He is dynamite in IPL cricket. Best opening batsman in white-ball cricket around the world. You got to have him in this list.

“Coming in at No.3 is Virat Kohli from RCB. If you lose an early wicket, he just comes out, utilizes his timing to pierce the infield in the powerplay. During the middle-overs he rotates the strike but also finds the boundary and quite consistently,” Hogg said.

“At No.4, the captain of this team Kane Williamson. He has got a good head on his shoulders, great ambassador for the game and he has got a good strike-rate in the middle overs of a 140. If the team is on the back foot with a couple of early wickets, he is the man with the composure to get the momentum back in the batting stake. At No. 5 is Rishabh Pant. I like the way he puts his team first. If he needs to find the boundary from ball one, he will find it for you. He backs his ability and he will be the keeper as well.

“At No. 6 is Andre Russell from KKR. He will be coming no earlier than the 12th over. I just want him to finish off the innings with his power hitting. But also his all-round ability with the ball. He can bowl the couple of fast powerful overs at the middle of the opposition innings. At No.7 comes in Ravindra Jadeja. I can utilize him with the new ball as well as in the middle overs where he is quite economical. Also, his fielding is exceptional. Best fielder in IPL cricket and he can also handle the bat.

“At No.8 is Sunil Narine from KKR. Yes he can bowl in the powerplay, the death overs as well as in the middle. And he is very handy with the bat as well. Now coming in at No.9 in Chahal. I love the way he has carried the RCB attack for a number of years. He is very economical and picks up wickets in those middle overs,” he further went on.

“At No.10 is Bhuvneshwar Kumar. Picks wickets up with the new ball, swings it both ways. But also very economical in the death overs. Bhuvneshwar Kumar will be supported by the No.11 in this team who is from MI. Its Bumrah. He doesn’t need any introduction. He can bowl in any phase of the game. He is the one you turn to when you need a breackthrough,” Hogg added.

“Now, I haven’t got MS Dhoni, or AB de Villiers, or Chris Gayle in there. They are a little bit long in the tooth, a little bit old. But, they can turn things around, and be my final XI at the end of the tournament when I go back and revisit this vlog,” Hogg concluded.