'Bowlers shouldn't have any....: R Ashwin reacts as 'Mankading' moved from 'unfair play' section to 'run out' 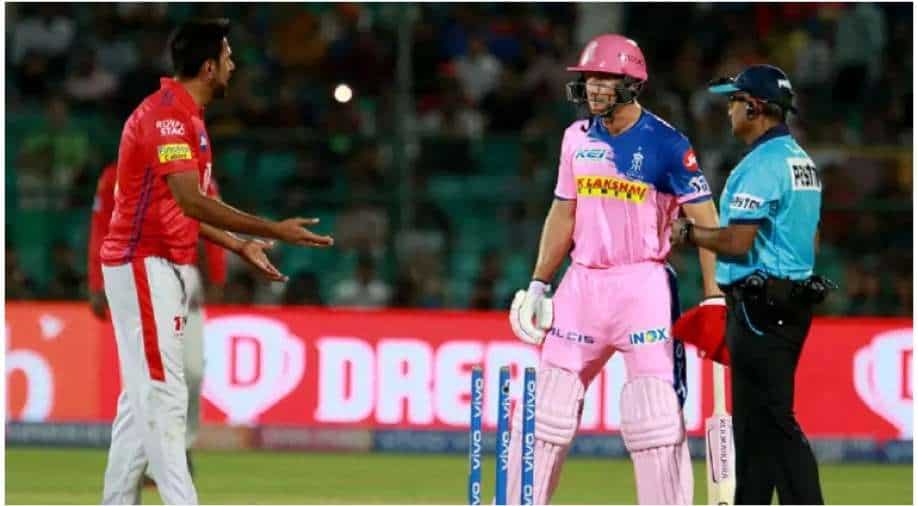 Ashwin reacts as 'Mankading' moved from 'unfair play' section to 'run out'. Photo | IPL/BCCI Photograph:( Others )

One of the advocates of the controversial dismissal, R Ashwin has now finally opened up on the significant change brought forward by the MCC. Here's what he said:

Recently, the New Marylebone Cricket Club (MCC) has announced its new code of Laws for 2022, which will come into force from October 1. Among the new code of laws introduced, one significant change that is set to come into play is that the controversial mode of dismissal, i.e. Mankading has been moved from 'unfair play' section to 'run out'.

One of the advocates of the controversial dismissal, R Ashwin has now finally opened up on the significant change brought forward by the MCC. For the unversed, the 35-year-old wily off-spinner had mankaded Jos Buttler during IPL 2019 edition, leading to a huge debate on the controversial mode of dismissal. Now, Ashwin has shared his reaction and also has an important message for the bowlers.

Speaking on his YouTube channel, Ashwin said, "Non-striker leaving the crease early is the actual unfair play in this whole scenario. Not the bowler running them out."

“Earlier, it was termed a Mankad. But it has been changed now to run out. They (MCC) have destigmatized the entire concept and have termed it run-out law. The bowler was earlier expected to give a warning when the batsman leaves the crease at the non-striker's end. Now they have announced that what the non-striker is doing is wrong and, therefore, bowlers can actually run them out if the non-striker tries to leave the crease before the ball is delivered by the bowler. Bowlers used to feel bad about doing this, wondering how our team batsman would feel and what the cricketing world would think if we did it. Thinking about these consequences, they used to not run them out," he further pointed out.

Ashwin asserted, "the extra step the non-striker is taking might end up destroying your entire career. If the non-striker ends up on strike because of that extra step he is taking, he might smash a six, whereas the current striker might have gotten out. So, if you take a wicket, your career will advance, whereas if you are smashed for a six, your career may suffer. The impact is huge. So, the bowlers should not have any second thoughts on running the non-striker out, in my opinion," he added.

It is to be noted that Ashwin is gearing up for the forthcoming IPL 2022 edition, where he will team up with Buttler -- whom he had mankaded -- in the Rajasthan Royals (RR) camp.