'Better to calm down & maintain limits': Ex-Pakistan captain on 'useless' comparisons between IPL and PSL 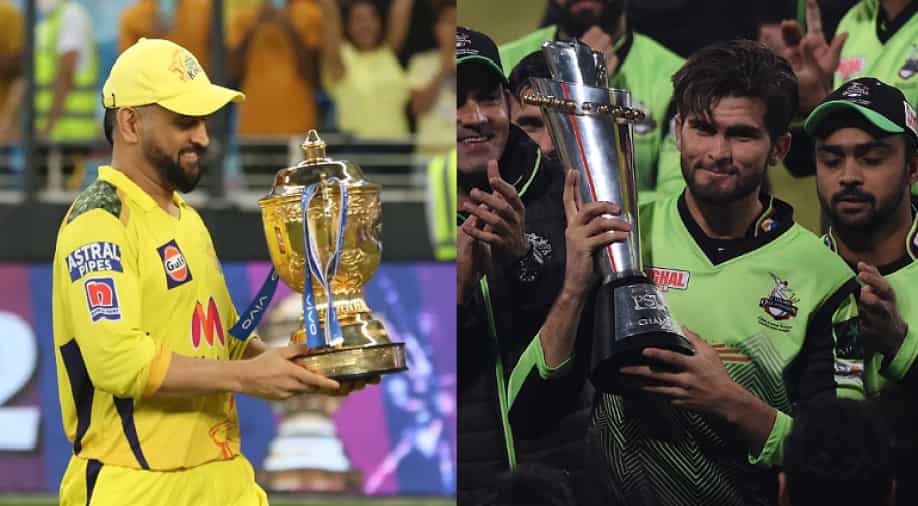 Former Pakistan cricket team captain Salman Butt has rubbished the comparisons between PSL and IPL, insisting the Pakistan Cricket Board should not look to go beyond their limits.

Former Pakistan captain Salman Butt has called the comparisons between the Indian Premier League (IPL) and the Pakistan Super League (PSL) useless insisting that PSL should focus on doing the best with the available resources. IPL, which is arguably the biggest T20 league in the world has often been pitted against other T20 tournaments across the globe, including PSL.

Butt believes the comparisons between IPL and PSL are useless as there is a vast difference in the quality of cricket and the finances involved. The former Pakistan captain also advised PCB to maintain their limits and try to make proper utilisation of whatever resources are available to them.

Also Read: 'Go to the non-striker's end': Gavaskar's hilarious advice to batters on how to tackle fiery Umran Malik

"To develop animosity with players or aspire to be like IPL, is useless and has no logic behind it. It's better to calm down and maintain your limits. The limits are whatever resources we have, we are doing our best. The franchises are trying their best and have given players extra money numerous times," Butt said in a YouTube video.

"I feel both leagues take care of their players well enough and nobody has complained about the PSL. PSL makes 70% advance payment. Hence, it is not short of any goodness. However, we can only spend so much and we should look at it that way. It makes no sense to compare it constantly," he added.

The 15th edition of IPL is currently underway in India with as many as ten teams taking part in the tournament. IPL 2022 has been a massive success as it has made the league more competitive after the introduction of two new teams. There have been a number of nail-biting encounters already with a number of Indian and overseas players doing well for their respective franchises.