'Go to the non-striker's end': Sunil Gavaskar's hilarious advice to batters on how to tackle fiery Umran Malik 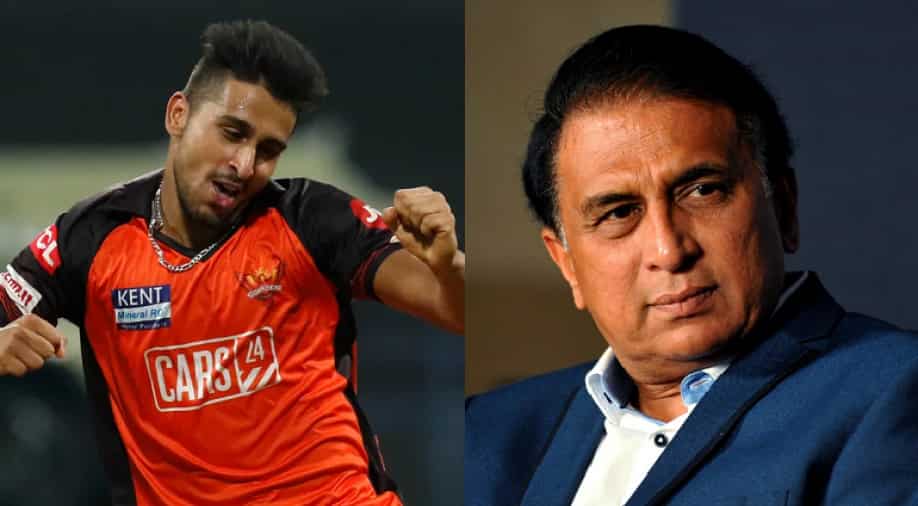 The legendary Sunil Gavaskar came up with some hilarious advice when asked how should batters tackle speedster Umran Malik, who has been breathing fire with the ball in IPL 2022 this season.

Umran Malik is India's latest pace sensation, who has taken the ongoing Indian Premier League (IPL) 2022 by storm with his exhilarating pace and sublime skills. Malik has been breathing fire with the ball for his franchise Sunrisers Hyderabad and has been troubling the opposition batters with his raw pace.

Fast bowlers are a rare commodity in Indian cricket and there haven't been many pacers in the country who have consistently managed to clock good speed. However, Malik, who is blessed with natural pace, has the ability to consistently bowl at around 150 kmph.

The youngster has been a revelation for SRH in IPL this year and is destined to go a long way in his cricketing career. He recently bagged his maiden IPL fifer against Gujarat Titans and has been the second-highest wicket-taker for SRH so far this season with 15 wickets in nine matches.

As Malik continues to terrorise batters with his pace, former Indian cricket team captain and batting legend Sunil Gavaskar recently came up with a hilarious piece of advice on how to tackle his speed. Gavaskar jokingly said the batters should look to go to the non-striker's end when facing Malik in the ongoing IPL 2022.

“Take a single and go to the non-striker’s end,” quipped Gavaskar on Star Sports when asked how batters should tackle Malik's brutal pace.

However, on a more serious note, Gavaskar later advised the batters to ensure they can hide their stumps and not give a sight of the stumps to Malik. “Don’t give him a sight of your stumps. Cover all three stumps so that when he runs in to bowl, he has got to see where is the off stump, where is the leg stump,” said the former India captain.

After a memorable fifer against Gujarat Titans, Malik endured a rough day with the ball in his side's clash against CSK on Sunday (May 01). The speedster was taken to the cleaners by CSK opener Ruturaj Gaikwad as he ended up conceding a whopping 48 runs in his four overs and went wicketless.

His performance against CSK was a reminder that Malik is still an unfinished product and there is a large scope of improvement for him as a fast bowler before he can become a world-beater. He will be hoping to improve his performance in his side's next game against Delhi Capitals on May 05.