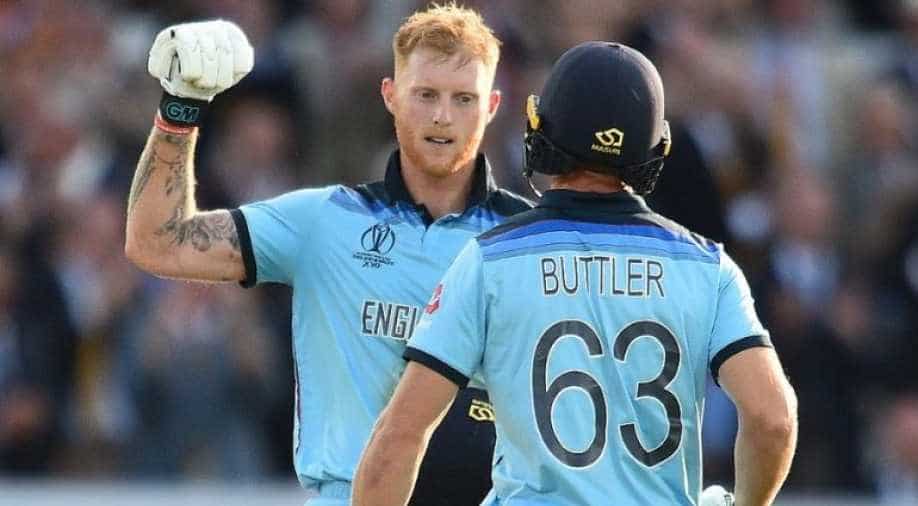 Stokes played an unbeaten knock of 84 runs and after his performance, UK Prime Minister candidates Boris Johnson and Jeremy Hunt said they would go to the maximum to give Stokes 'knighthood'

England's all-rounder Ben Stokes is likely to receive knighthood after showcasing a match-winning performance against New Zealand in the finals of the ICC Men's Cricket World Cup.

Stokes played an unbeaten knock of 84 runs and after his performance, UK Prime Minister candidates Boris Johnson and Jeremy Hunt said they would go to the maximum to give Stokes "knighthood".

It may be noted that Johnson or Hunt will replace outgoing Prime Minister Theresa May later this month.

"I will give dukedoms, whatever - I will go to the maximum, too, what, the Garter King of Arms. Yes is the answer, absolutely," cricket.com.au quoted Johnson as saying.

"Of course," added Hunt, when asked about granting knighthood to Stokes during the debate.

The finals will be remembered for ages as it did not have a winner after the 50-over and super over action both ended in a tie.

In the end, England were announced as the winner as they had hit more boundaries - 26 - as compared to New Zealand's 17 boundaries in the match.

New Zealand had set up a target of 242 for England to win the World Cup.

As the hosts needed nine runs off three balls, Stokes hit the ball into the deep off Trent Boult and ran for a double.

New Zealand's Martin Guptill threw the ball in an attempt to run out Stokes but the ball bounced off Stokes' bat and reached the boundary.

As a result, England were awarded six runs - two for a double and four for an overthrow.

It may be noted that eleven English cricketers have already been knighted for their services to cricket.

Most recently, Sir Alastair Cook was knighted for his performance in both ODI and Test format.28-year-old Stokes had a difficult two years to deal with as he missed the 2017-18 Ashes over his involvement in a brawl in Bristol.

The incident had left a man with facial injuries, but Stokes was later found not guilty of affray.

England will next take on Australia in the Ashes starting August 1.