'Allah was with us': Captain Morgan hails diverse cultures as England win World Cup 'with rest of world' 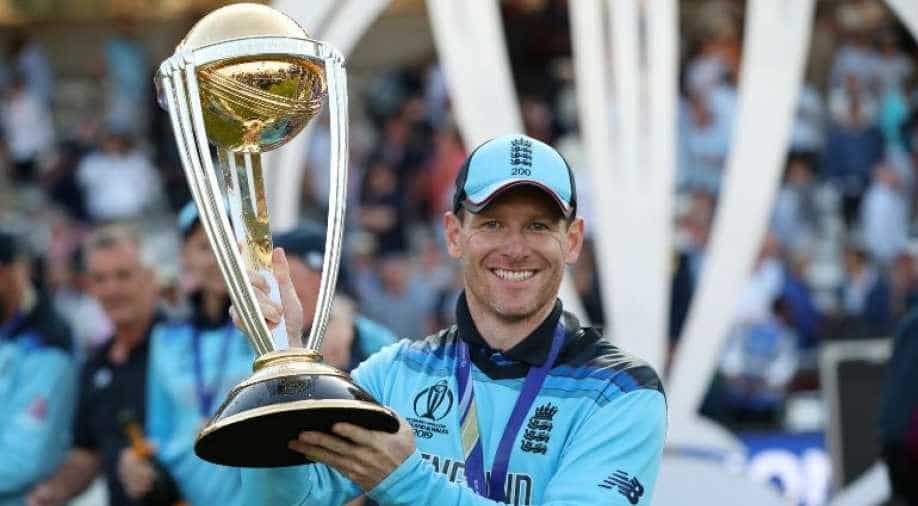 England captain Eoin Morgan hailed the diverse backgrounds and cultures in the England cricket team after their dramatic World Cup win on July 14 at Lord's.

The final match between hosts England and New Zealand was forced into the Super Over, which was also tied and Morgan's side triumphed on boundary count during the match — 26 to 17.

On being asked about the victory and if England had enjoyed the famed luck of the Irish, Morgan said, "I spoke to Adil (England leg-spinner Adil Rashid), he said Allah was definitely with us.

"It actually epitomises our team, quite diverse backgrounds and cultures," Morgan added.

It's not incorrect to say that England have won the title with the rest of the world as their team is comprised of players of different origin.

Captain Morgan was born in Dublin, Ireland and he was also named in Ireland's 15-man squad for the 2007 World Cup.

All-rounder Ben Stokes was born in New Zealand (Christchurch) and moved to northern England at the age of 12.

Adil Rashid and Moeen Ali nare of Pakistani origin. They belong to the Mirpuri community and their family had migrated to England in 1967.

Jason Roy was born in South African (Durban) and moved to England along with his family from South Africa when he was 10 years old.

After the victory, Morgan hopes that World Cup glory will inspire a new generation of fans to take up the sport as there have long been concerns about declining player numbers in English cricket.