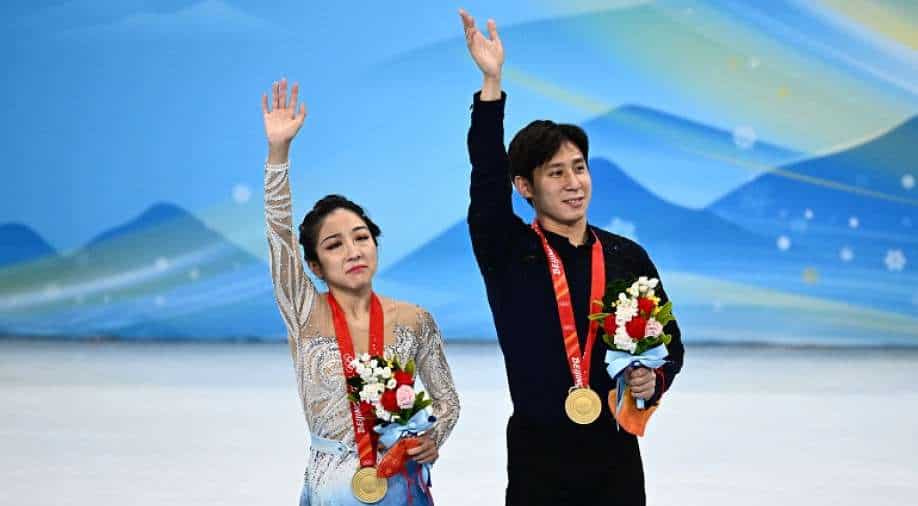 China's Sui Wenjing and Han Cong made sure the Beijing Games' controversial figure skating competition ended in celebration on Saturday by winning the pairs title for the sport's final gold medal to the rapture of local fans.

Sui and Han, partners for 15 years - their entire career since they were children - were clearly in their element on home ice as they executed a series of high-scoring elements.

Their opening quadruple twist lift in their free skate to "Bridge Over Troubled Water" sent spectators into a frenzy, with cheers erupting between hushed moments as they performed most of their jumps and throws with clockwork precision.

Their final score of 239.88 beat the world record of 239.82 held by Russians Anastasia Mishina and Aleksandr Galliamov.

The 15-year-old, now back in Russia, was cleared to compete in the women's singles event despite having tested positive for a banned substance prior to the Games.

She finished in fourth place amid all the drama.