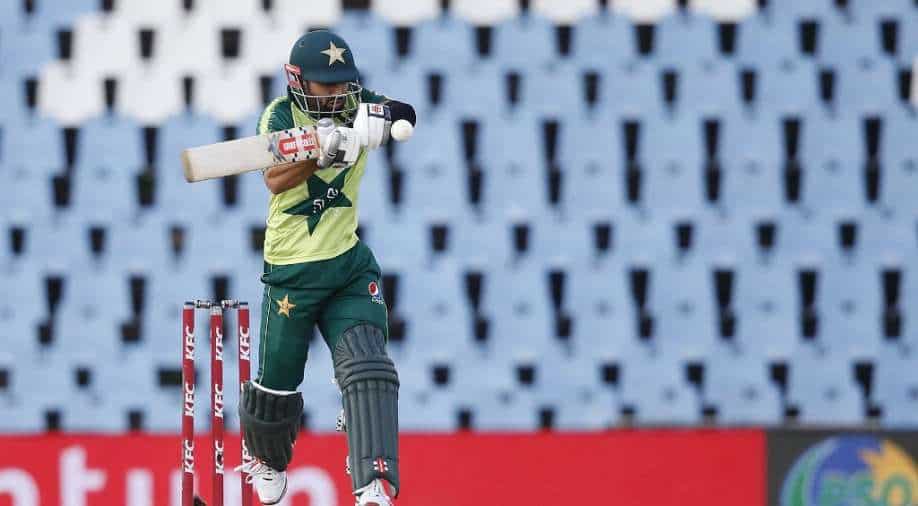 Pakistan opener Mohammad Rizwan has made his maiden entry into the top 10 of the ICC Men’s T20I Player Rankings after a player of the series performance in Zimbabwe that helped his team prevail 2-1.

Pakistan opener Mohammad Rizwan has made his maiden entry into the top 10 of the ICC Men’s T20I Player Rankings after a player of the series performance in Zimbabwe that helped his team prevail 2-1.

The 28-year-old wicketkeeper-batsman’s unbeaten knocks of 82 and 91 in the first and third matches have helped him gain five slots to reach 10th position, overtaking the likes of England captain Eoin Morgan and India opener Rohit Sharma. Rizwan is the second-highest ranked Pakistan batsman in the list, only behind captain Babar Azam, who is now in third place.

Fast bowlers Haris Rauf (up 17 places to 21st) and Mohammad Hasnain (up 52 places to joint-65th) are the other Pakistan players to gain in the latest weekly update to the men’s rankings, which is carried out on Wednesdays. Leg-spinner Usman Qadir shares the 65th slot with Hasnain after progressing 12 spots.

For Zimbabwe, Wesley Madhevere has gained 88 places to reach joint-132nd position after finishing as Zimbabwe’s leading scorer in the series with 89 runs while Craig Ervine has advanced 20 slots to 126th position in the latest update, which also takes into account the last three matches of the Nepal tri-series, won by the hosts.

ALSO READ: Hope to get more chances to bat with Rishabh Pant, says Shimron Hetmyer after DC vs RCB humdinger

Nepal player Kushal Bhurtel’s aggregate of 278 runs has helped him gain 32 places to reach 61st position and become the leading batsman from his country in ranking terms. Dipendra Airee’s total of 147 runs at a strike-rate of 216.17 has helped him climb up 56 places to 108th position after the tournament, which also featured the Netherlands and Malaysia.

The ICC Men’s T20I Team Rankings see Zimbabwe move up one slot to 11th position, gaining three points. Pakistan, who needed to sweep the series to maintain their tally of 262 points, have lost two points but remain fourth in the list. Nepal have moved up one slot to 14th position, the Netherlands have slipped one place to 18th while Malaysia are in 31st position.

ALSO READ: IPL 2021- 'When you see a genius like that, you want to go': Sunil Gavaskar on AB de Villiers

Dhananjay de Silva, who was involved in a 345-run stand for the fourth wicket with Karunaratne, has also gained seven places to reach a career-best 28th position after a knock of 166.

For Bangladesh, Nazmul Hossain Shanto’s career-best knock of 163 has lifted him 21 places to 115th position while team-mate Mominul Haque’s 11th Test century has taken him from 36th to joint-31st position. Vishwa Fernando’s haul of four for 96 helped him gain seven places to reach 43rd with a career-best 402 rating points.