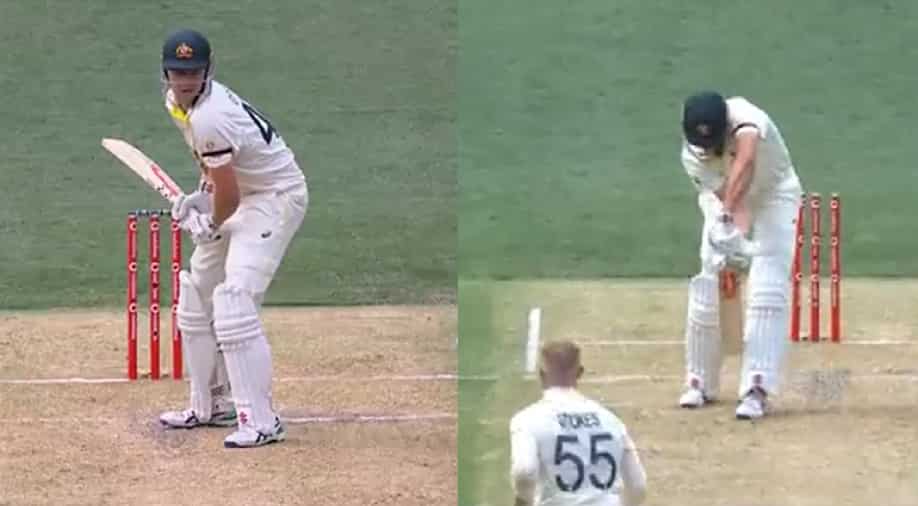 Australia continued to dominate the proceedings on Day 2 of the ongoing second Ashes Test against England after a great start on the opening day. Resuming their innings from 221/2 on Day 2, the Aussie batters continued their dominant run and took the England bowlers to the cleaners in the pink-ball encounter. While Marnus Labuschagne notched up his century, Steve Smith (93) and Alex Carey (51) helped Australia cross the 400-run mark comfortably.

England did manage to stage a brief fightback on Day 2 when they picked three wickets in the afternoon session of play. Labuschagne, Travis Head and Cameron Green were all dismissed in quick succession leaving Australia in a spot of bother before Smith and Carey combined to put on a 91-run stand for the sixth wicket and steady the ship for the hosts.

All-rounder Green was dismissed for just 2 runs after being cleaned by Ben Stokes and his dismissal was accurately predicted by former Australia captain Ricky Ponting in the commentary box. Ponting, who is commentating for 7Cricket in the ongoing Ashes 2021-22, had said the deliveries will be straighter for Green as he had a very open front foot.

Stokes did exactly that and bowled a jaffa to beat the right-hander's defence and shatter his stumps. It was a brilliant delivery from the England all-rounder and even better analysis from Ponting, who saw in advance what was coming for Green.

"A very distinct change of tactics now for Cam Green. They will be a lot fuller and lot straighter, they will target his stumps. He sets up with a very open front foot, that is generally a sign of someone worried about LBW and does not want their front foot too far across in the line of the stumps," Ponting said on air before Stokes cleaned up Green.

"A very distinct change of tactics now for Cam Green - they'll get a lot fuller and a lot straighter, they'll target his stumps."

Despite losing Green (2) and Head (18) cheaply, Australia managed to post a strong total of 473/9 on the board before declaring their innings to invite England for their first innings. Australia would be hoping to bundle out the visitors quickly and gain a healthy lead heading into their second innings.