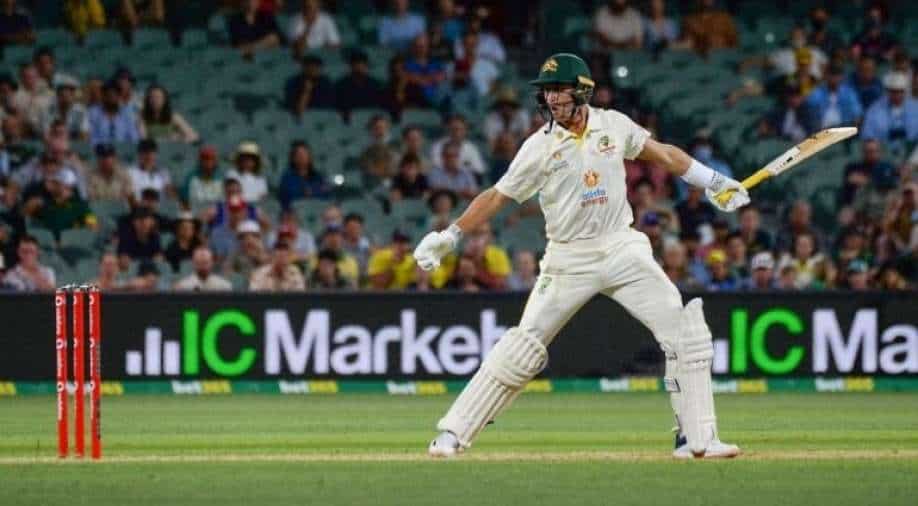 Marnus Labuschagne was given a reprieve twice on Day 1 of 2nd Test. Photograph:( AFP )

Ashes 2021, 2nd Test: Marnus Labuschagne continued his rich form with the bat and returned with a fine 103 on Day 1 of the day-night contest. Thus, he also achieved a rare feat courtesy his knock at the Adelaide Oval, Adelaide.

Marnus Labuschagne has been a revelation for Australia. He walked out to bat as the concussion substitute for Steve Smith during the Ashes 2019 in the United Kingdom. Since then, he has been a regular in the Test line-up and has impressed one and all with his consistency and hunger for runs.

After an impressive fifty in the Ashes 2021/22 opener, at The Gabba, Brisbane, the right-hander slammed his sixth hundred on Day 2 of the second Test, i.e. a day-night contest at the picturesque Adelaide Oval, Adelaide on Friday (December 17). Labuschagne rode on his luck throughout the innings as he was given a reprieve twice on the opening day, got an edge off James Anderson to reach to triple-figures and was also caught off Ollie Robinson all the way to the boundary rope before replays suggested it was a no-ball.

Nonetheless, the youngster made the most of his chances and notched up his third century in day-night Test; first by any player. Thus, Labuschagne achieved a rare feat courtesy his knock, filled with 8 fours. Apart from Labuschagne, David Warner (95), stand-in captain Steve Smith (93) and Alex Carey (51) have propelled the Aussie total beyond the 400-run mark after opting to bat first.

On Day 1, Labuschagne had also crossed the 2000-run mark in Tests, becoming the third quickest Australian and fifth overall to the feat.

ALSO READ | Buttler dropping that was unbelievable: Labuschagne on getting a reprieve on 95 on Day 1 of 2nd Test

For the unversed, Australia are without their regular captain Pat Cummins, who was ruled out of the second Test after being identified as a close contact of a Covid case. Following their splendid performance in the series opener, where Australia won by 9 wickets, the Smith-led hosts will look to make it 2-0 versus the English line-up.

INDvsSA: When and where to watch India vs South Africa 1st ODI match - IST time and streaming details