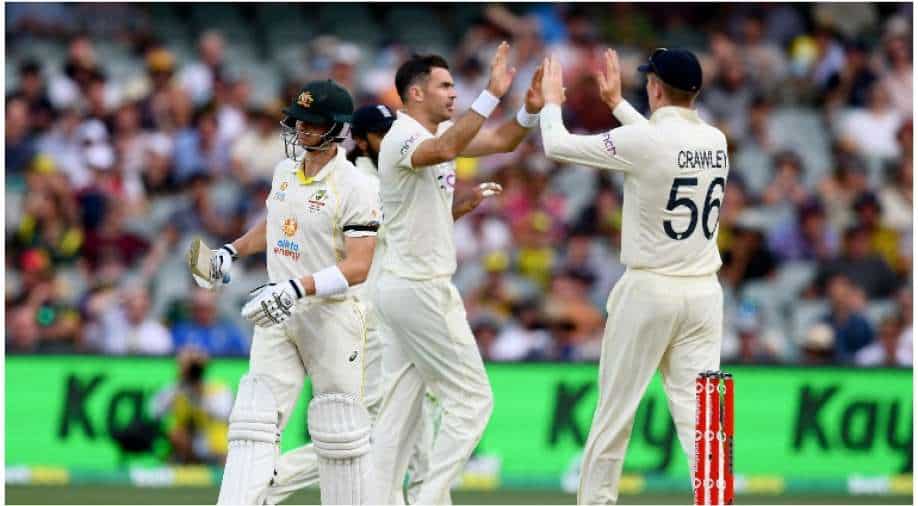 After England lost the Adelaide Test by a whopping margin, Joe Root criticised the bowlers. James Anderson has now shifted the blame on the batters.

England have started the Ashes 2021/22 edition on a disastrous note. Losing the first Test by 9 wickets, Joe Root & Co. lost the second Test at the picturesque Adelaide Oval, Adelaide by a whopping 275-run margin and now have to produce flawless performances to win the Ashes after conceding a 2-0 lead to Pat Cummins-led Australia.

After England's heavy defeat in the day-night Adelaide Test, Captain Root had criticised and blamed the bowlers for the loss. The bowlers couldn't dismiss the Aussies in both the innings, with hosts declaring at 473-9 and 230/9 respectively. Speaking after the crushing loss, Root had said, "With ball in hand, we didn't bowl the right lengths," he said. "We needed to bowl fuller. As soon as we did in the second innings, we created chances. That's frustrating. We did it four years ago and didn't learn from it. We have to be better."

Now, pace spearhead James Anderson has shifted the blame on the batters for their poor performances, as the visitors were bundled out for 236 and 192 in the day-night contest. "We did not bat well enough on a pitch where the data said it was one of the flattest Adelaide surfaces ever produced and the pink ball did the least it has ever done in a day-night game," wrote Anderson in a column for the Telegraph.

Anderson said, "From a bowlers' point of view, you want to be hitting the right lengths all the time. We did our best on the first two days to do that ... Maybe we could have gone a touch fuller at times but we still created quite a few changes that were not taken."

"We have to be better at assessing it during a game. We can't just go after the game, 'we should have bowled fuller'... We have to be a bit more proactive at that too as a whole group," added the legendary England fast-bowler.

It is important to note that both the batters and bowlers had fallen flat even in the Ashes opener, at The Gabba, Brisbane.

Given the difference of opinions in the English camp amid their miseries in the ongoing Ashes Down Under, it will be very difficult for the Root-led visitors to stage a recovery in the remainder of the series. The third Test, i.e. the Boxing Day encounter, starts on December 26 at Melbourne Cricket Ground, MCG.