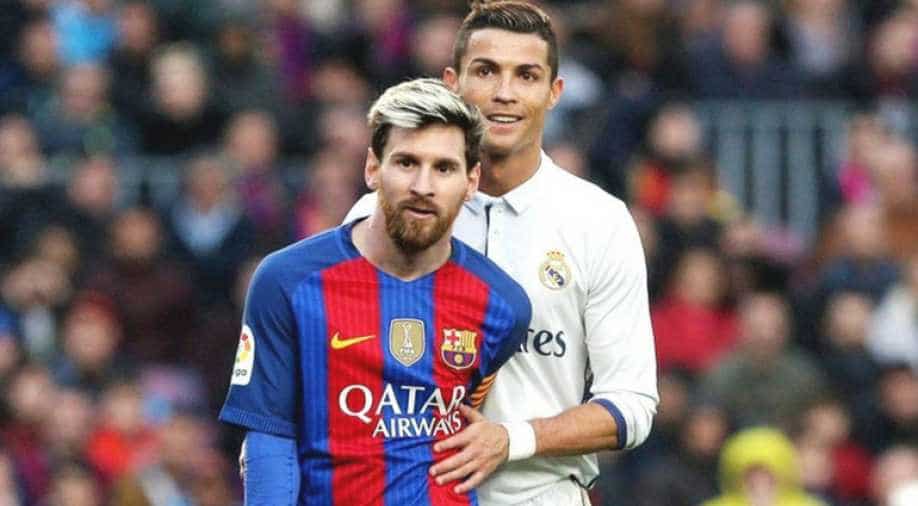 Cristiano Ronaldo and Lionel Messi could have played together at Arsenal had things worked out differently.

Arsene Wenger, who took charge of the final game of his 22-year reign on Sunday, revealed how he tried to sign both in 2003.

Ronaldo went to Manchester United before joining Real Madrid and Wenger was unable to prise Messi from Barcelona.

“The obvious player [Arsenal missed out on] that comes to mind is Ronaldo. He was here with his mother and we were very close. Then Man United came in and they had Carlos Queiroz at the time, who was their coach. United played against Sporting Lisbon and Ronaldo was outstanding and they signed him. Wenger said.

“There is always something you could have done differently but the problem of negotiations is to know when you give in and when you don’t give in. Once we were at £4.5m, we were still in negotiations. David [Dein] met with [the agent Jorge] Mendes in Paris and he was representing Sporting, so we were very close but Man United went to £12m, which we could not afford.

“I met Cesc [Fàbregas’s] parents and at the time we were interested in Messi and [Gerard] Piqué as well. We tried for the three but of course, it didn’t work out ... because of the agents. With Messi, Barcelona didn’t want to lose him of course and they made [the offer] that was needed to keep the player at the club.”