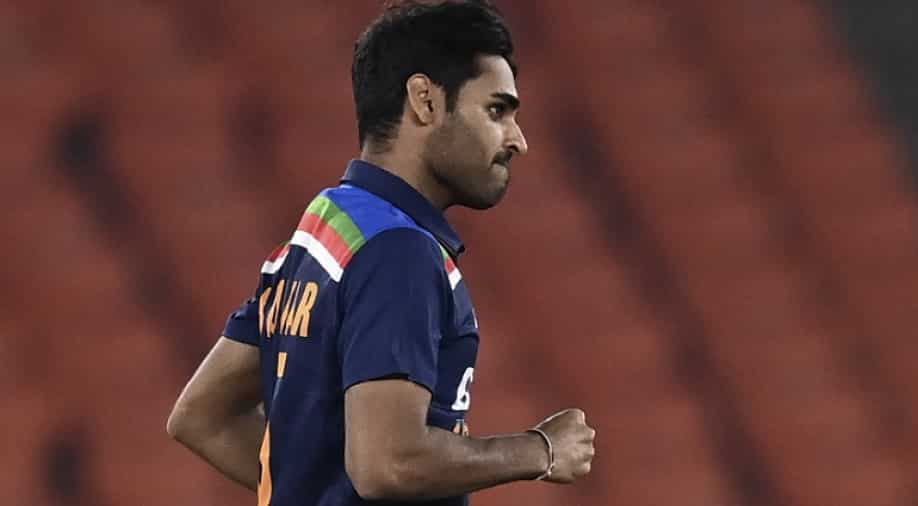 Former India pacer Ajit Agarkar feels India should not go with Bhuvneshwar Kumar in the playing XI for the upcoming clash against Pakistan in T20 World Cup 2021.

Ahead of the game, Agarkar gave his take on what should be India's ideal combination in the playing XI. With Hardik Pandya unlikely to bowl, Agarkar believes captain Virat Kohli will like to go into the game with at least six bowling options to choose from. Pandya did not bowl in the entire second leg of IPL 2021 and is expected to play as a pure batter if he makes the cut in the playing XI.

"Relatively certain that Virat Kohli would like six bowling options. If the pitch has something to offer, then you can perhaps take a chance with five bowlers, but if it’s a flat pitch, he would ideally want to go in with six bowlers with three seamers and they have lots of spin options," Agarkar said on Star Sports show Cricket Connected.

Bhuvneshwar, who featured in India's warm-up game against England on Monday (October 18) looked completely out of sorts and was taken to cleaners by the English batters. The senior pacer ended up conceding 54 runs in the game and remained wicket-less.

With his poor form a concern, Agarkar believes Shardul Thakur should be picked over Bhuvneshwar for the game against Pakistan which will be a high-octane affair with expectations at an all-time from both ends.

Also Read: 'We never give big statements': Virender Sehwag explains why Pakistan have failed to beat India in World Cups

"And Jadeja is an all-rounder whose batting has come out in leaps and bounds. So, you can treat him as one of the top-order batsmen. So, my six options if Hadik Pandya is not to bowl - would be Bumrah, Shami, Shardul, Ravindra Jadeja, Varun Chakravarthy and Rahul Chahar," said Agarkar as he snubbed Bhuvneshwar from his playing XI.

Bhvneshwar also had an average IPL 2021 where he looked out of rhythm and could only manage six wickets in 11 matches for the franchise as they finished at the bottom of the table.