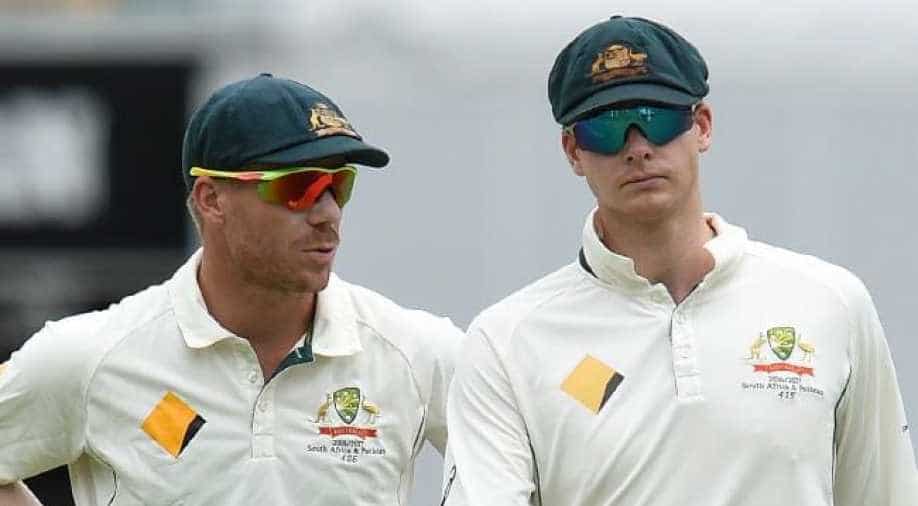 The announcement came almost an hour after the Australian government called for the removal of Smith as captain. Photograph:( AFP )

Steve Smith has stepped down as the captain of the Australian cricket team following the ball-tampering saga that took place during the third day of the third Test against South Africa in Cape Town on Saturday.

Vice-captain David Warner also agreed to step down from his position.

The announcement came almost an hour after the Australian government called for the removal of Smith as captain.

Confirming the news, Cricket Australia CEO, James Sutherland said: “Following discussions with Steve Smith and David Warner they have agreed to stand down as Captain and Vice-Captain respectively for the remainder of this Test match."

Wicket-keeper Tim Paine has been handed over the responsibility to lead Australia for the remaining two days of the Test.

Both Smith and Warner, will take to the field today under Tim’s captaincy.

“This Test match needs to proceed, and in the interim we will continue to investigate this matter with the urgency that it demands. As I said earlier today, Cricket Australia and Australian cricket fans expect certain standards of conduct from cricketers representing our country, and on this occasion these standards have not been met, " Sutherland added.

“All Australians, like us, want answers and we will keep you updated on our findings, as a matter of priority,” he concluded.

While addressing a press conference, Smith admitted to altering the condition of the ball during the day 3 of the third Test against Australia in Cape Town.