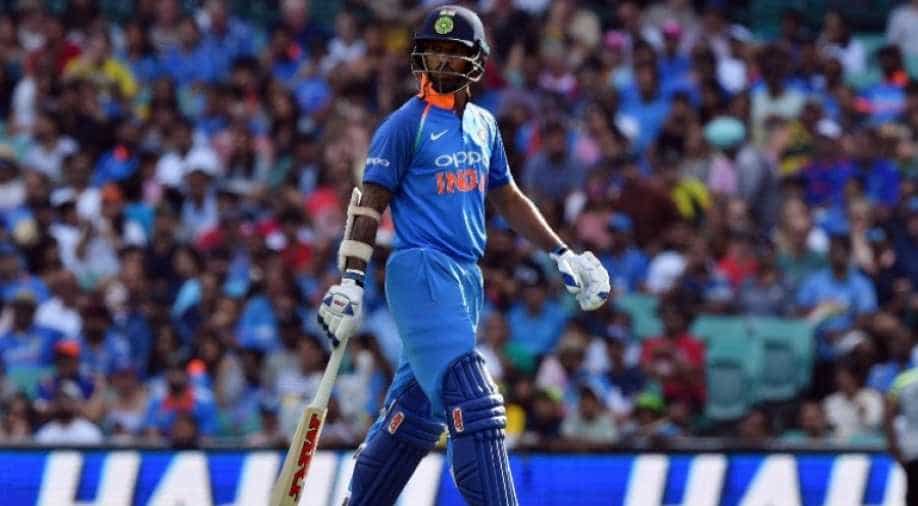 File photo of Shikhar Dhawan walking back to the pavilion after his dismissal. Photograph:( AFP )

After six overs, India's score stood at 21 for loss of one wicket. Shikhar Dhawan and Rohit Sharma departed after making 13 and 7 runs respectively. Both the openers were dismissed by Trent Boult.