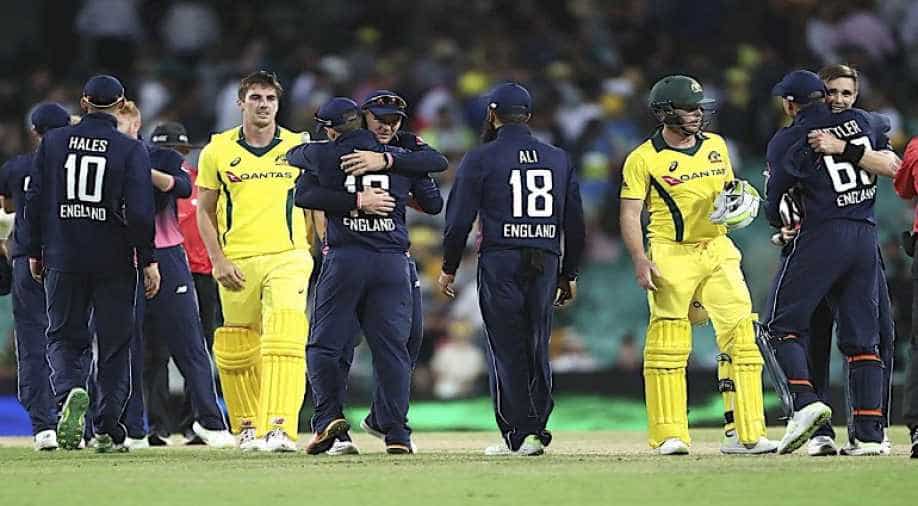 The hosts struggled and managed only 286 runs while chasing a huge target of 303.

The result gave England an unbeatable 3-0 lead in the five-match ODI series, a remarkable turnaround after Australia had trounced the tourists 4-0 in the recently concluded Ashes Tests.

Australia's hopes largely rested with Steve Smith (45) and Mitchell Marsh (55), but both were dismissed at a crucial stage of the chase, with Smith falling to a contentious low-down catch by Buttler off the bowling of Mark Wood (2-46).

Marcus Stoinis made a late attempt to lift Australia with a punishing 56, but England managed to hold on despite losing pacemen Liam Plunkett to a leg injury early in the Australian innings.

Buttler, 27, was the only batsman from either team really to get to grips with a slightly slow pitch, and his late surge enabled England to reach a total which had seemed out of their reach until the final few overs.

Several English batsmen got promising starts, but it was wicketkeeper-batsman Buttler who helped them post an imposing 302 for six from their 50 overs.

Buttler notched his five one-day international century from the last ball of the innings, as England helped themselves to 38 off the last two overs.