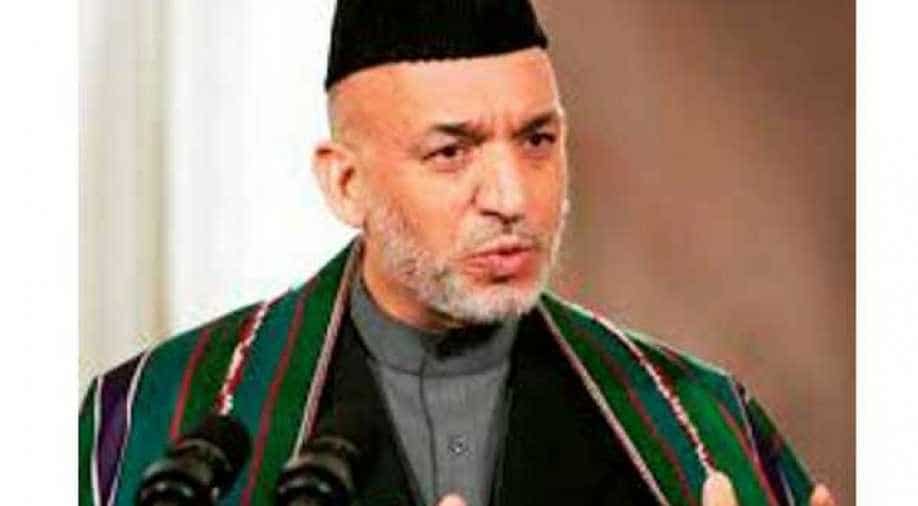 The Ashraf Ghani government called for clarification of Trump's statement

Former Afghanistan President Hamid Karzai has slammed US President Donald Trump for his comments in which he said he could win the Afghan war in just 10 days by wiping out the country, but did not want "to kill 10 million people."

"President @realDonaldTrump, We are the Pamirs! You can't wipe out "The Roof of the World"," Karai tweeted on Tuesday.

President @realDonaldTrump, We are the Pamirs! You can't wipe out “The Roof of the World”.

The remarks drew a stiff response from Afghanistan's presidential palace, which has been excluded from talks between the United States and the Taliban and which accuses Pakistan of supporting the insurgency.

"The Afghan nation has not and will never allow any foreign power to determine its fate," the presidential palace said.

The Ashraf Ghani government called for clarification of Trump's statement.

Trump's remarks followed a meeting with Pakistan Prime Minister Imran Khan at the White House on Monday at which Trump voiced optimism that Pakistan could help broker a political settlement to end the nearly 18-year-old war in Afghanistan.

"If we wanted to fight a war in Afghanistan and win it, I could win that war in a week. I just don't want to kill 10 million people," Trump told reporters at the White House where he was hosting Khan.

Senior Afghan politicians largely refrained from commenting, but the reaction on social media was swift.

"Your insulting message to (Afghanistan) is either accept the (Pakistani) proposal for peace or eventually you may have to use nukes," former intelligence chief Rahmatullah Nabil wrote on Twitter.

"The statement was embarrassing and an insult to all Afghans," said Shakib Noori, a Kabul-based entrepreneur.