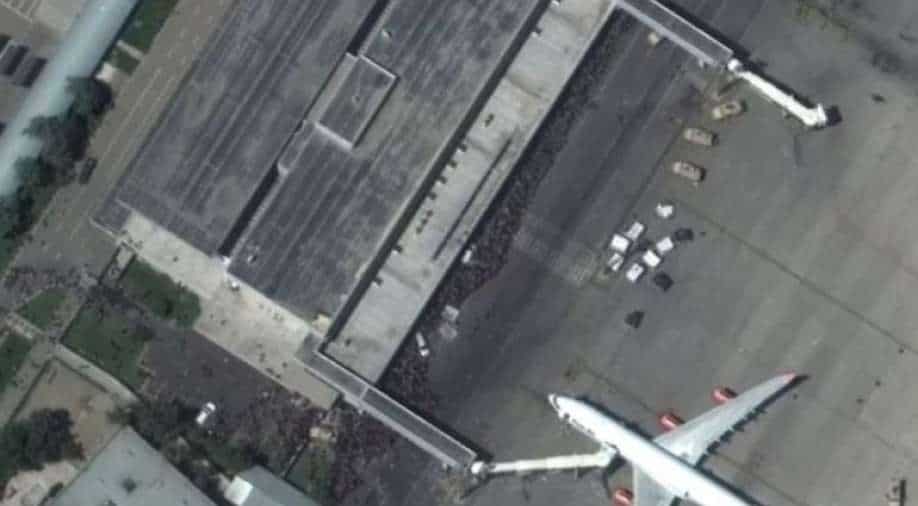 Crowds and security personnel are seen near the runway at Kabul's airport in Afghanistan (Photo Courtesy: Maxar Technologies) Photograph:( Reuters )

As chaotic scenes at Kabul airport on Monday went viral across the world, satellite images showed thousands of Afghans attempting to board flights in a desperate bid to flee the capital as the Taliban took control of Kabul.

US officials had closed the Kabul airport on Monday evening as Afghans crowded the main tarmac at Hamid Karzai international airport, however, it was opened on Tuesday as the US and French nationals began leaving Afghanistan. 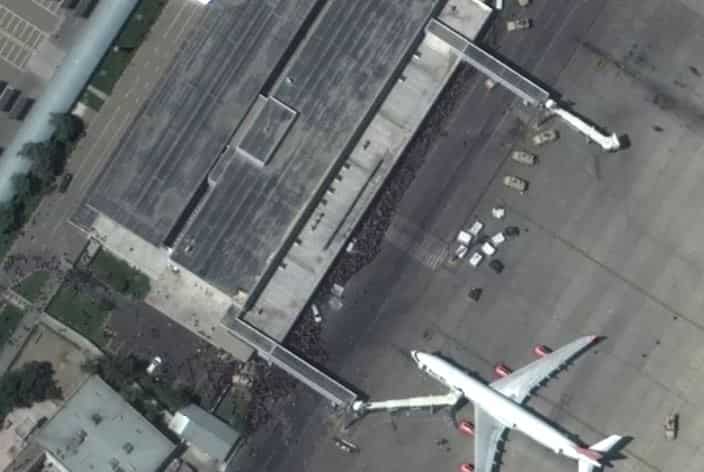 Satellite images taken by Maxar Technologies on Monday at approximately 10:30 am (local time) showed people at the airport as US military planes taxied on the runway with several Afghans following the plane in desperation.

Dramatic photo of 640 Afghans crammed into a US Air Force C-17 military plane with men, women and children created waves on social media on Tuesday.

"The failure of the years-long efforts to build a stable and viable society in Afghanistan raises fundamental questions for the past and future of our foreign policy and military engagement," Steinmeier said. 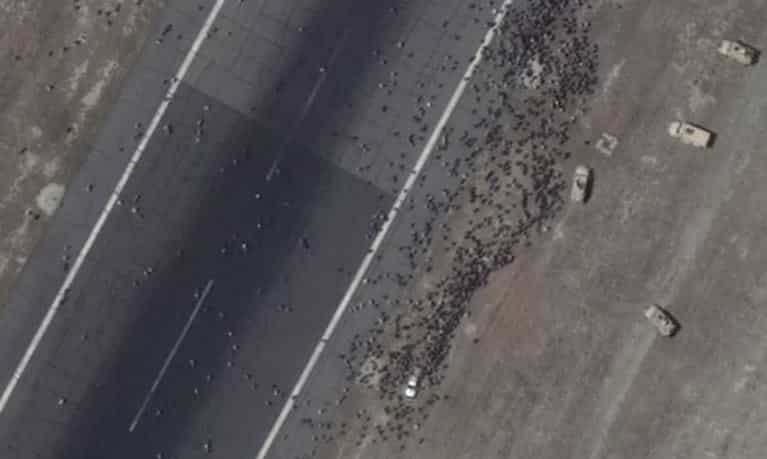 "The images of desperation at Kabul airport are shameful for the political West," the German president said as nationals began pulling out of Afghanistan.

Reports say Iran and Turkey are bracing for a refugee influx after witnessing chaos in Kabul on Monday. US President Joe Biden however defended his move saying the Afghan government was given "every chance to determine their own future".

"American troops cannot and should not be fighting in a war and dying in a war that Afghan forces are not willing to fight for themselves," the US president said in a televised address.

The United States has reportedly sent at least 6,000 troops to ensure the safe evacuation of embassy officials although scenes of Afghans clinging to the transport planes led to widespread criticism of the Biden administration.