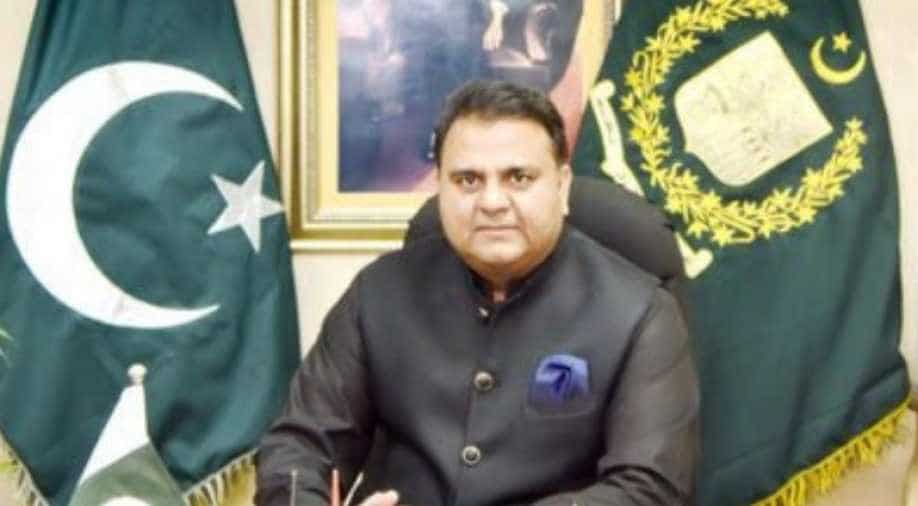 Pakistan’s Minister of Information and Broadcasting Fawad Chaudhry has made tall claims about popularity of country’s Prime Minister Imran Khan in India during a press interaction. A video of his remarks posted on social media has gone viral.

Pakistan’s Minister of Information and Broadcasting Fawad Chaudhry has made some bizarre claims about the popularity of his country’s cricket captain-turned-Prime Minister Imran Khan in India.

"Imran Khan is very popular in India. If he holds a rally in Delhi today, it will be bigger than PM Modi's," Chaudhry said in remarks during a press interaction in Dubai ahead of the India-Pakistan T20 World Cup clash in the city.

Imran Khan is very popular in India. If he holds a rally in Delhi today, it will be a bigger than PM Modi's: Fawad Chaudhry.

The video of the remarks has gone viral and attracted some wild reactions.

The minister made the comment while giving a press conference on Saturday at the Pakistani consulate in Dubai ahead of the India-Pakistan cricket clash on Sunday.

He said everyone wants Babar Azam and his men to defeat Virat Kohli’s team. “We all want Pakistan to defeat India and give (something) to celebrate.”

The minister's remarks come as Pakistan is embroiled in turmoil caused by price rise, banned Tehreek-i-Labbaik Pakistan (TLP) protesters, etc. At the press briefing, the minister made all attempts to deviate the attention of the citizens of Pakistan.

What one can speculate from the current situation in Pakistan at the moment is that the Prime Minister’s popularity in the home country seems to have nosedived.

In the video, the minister pins the blame of worsening relations between India and Pakistan on PM Narendra Modi.

A user, while posting the video, said, “First results of govt's bhang policy.”

Imran Khan was the captain of the Pakistan cricket team when it lifted the World Cup in 1992.

Current captain Babar Azam said on Saturday that Khan had interacted with the team ahead of the T20 World Cup.

"He had shared his experience, about what was his mindset in the 1992 World Cup, what was his and the team's body language," Babar said.