US criticises China for shielding Myanmar from UN action 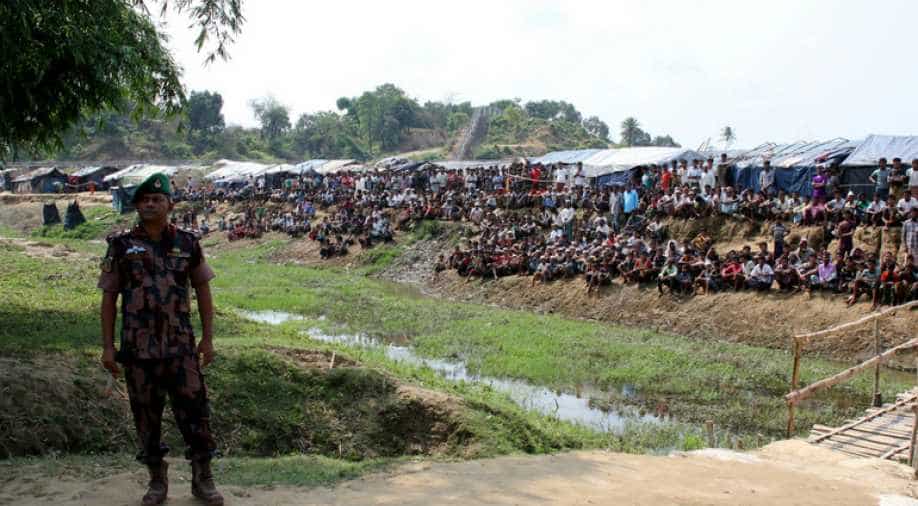 The United States indirectly criticised China on Monday for shielding Myanmar from strong UN&nbspSecurity Council action over a military crackdown against mainly Rohingya Muslims that the US&nbspand other countries have denounced as ethnic cleansing.

The Security Council met on Monday to discuss a visit by envoys to Myanmar and Bangladesh two weeks ago.

"Some members of the council have kept us from taking action for cynical and self-interested reasons," Haley said. "Some undermined the unity of the council demonstrated during the trip with unhelpful edits that only weakened the council's message."

Speaking before Haley, China's UN&nbspAmbassador Ma Zhaoxu told the Security Council that Myanmar and Bangladesh should be encouraged to solve the crisis bilaterally to make sure it doesn't "drag on or become more complicated."

"The council should continue to encourage Myanmar and Bangladesh to increase consultations and cooperation for the early implementation of the bilateral arrangement," he said.

Speaking after Haley, Russia's deputy UN&nbspAmbassador Dmitry Polyanskiy said the unity of the council on the issue was important and he hoped some members "will not fall prey to the temptation of using this situation to pursue their narrow, domestic political aims."

Fleeing refugees have reported killings, rapes and arson on a large scale. Myanmar denies ethnic cleansing and has said its operations in Rakhine were a legitimate response to attacks on security forces by Rohingya insurgents.

"The government of Myanmar has stated time and again that no violation of human rights will be condoned," Myanmar's UN&nbspAmbassador Hau Do Suan told council on Monday. "Allegations supported by evidence will be investigated and action taken in accordance with the law."

The United States and Canada have imposed unilateral sanctions against a general in Myanmar's military for his role in the crackdown and the European Union is preparing individual sanctions.

Haley, who did not travel to Myanmar and Bangladesh, said that the Security Council had "unique tools to encourage Burma to take real steps towards resolving this crisis," though she did not elaborate.

"We should move quickly to adopt a resolution that institutes real steps to resolve this enormous and growing humanitarian and human rights crisis," Haley said.