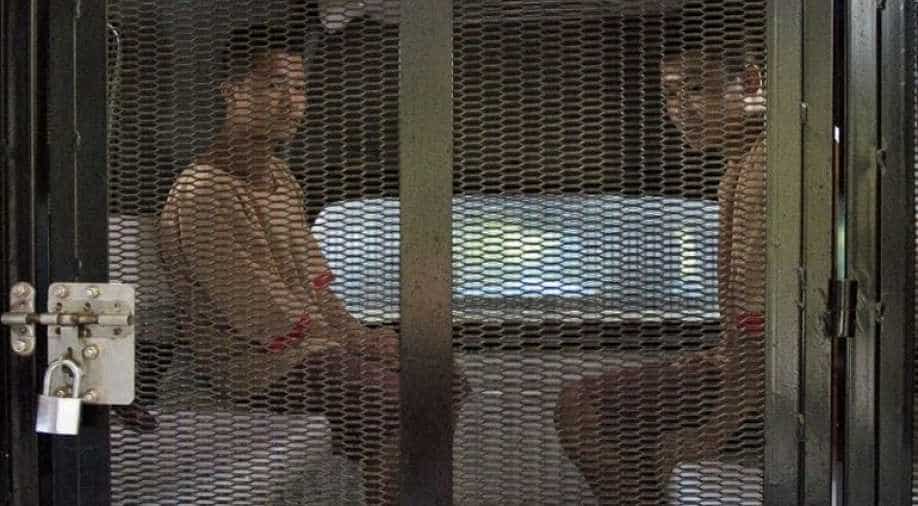 The bodies of Hannah Witheridge and David Miller were found on a beach in September 2014.

Thailand's Supreme Court on Thursday upheld the murder convictions of two migrant workers from Myanmar in the killings of two British backpackers that drew world attention to the tourist island of Koh Tao.

The workers, Zaw Lin and Win Zaw Htun, were sentenced to death for the September 2014 murder of David Miller, 24 and the murder and rape of Hannah Witherridge, 23, on the Thai island, a haven for divers.

In their verdict, a panel of two judges said the death sentences handed down by lower courts would be upheld as the men had been found guilty of murder and rape on the basis of evidence and forensic results.

The men displayed no emotion as they listened intently to a translator while the verdict was read at a court in the province of Nonthaburi, just north of Bangkok, the capital.

The men's legal team said it would seek a royal pardon within 60 days, as provided in Thai law.

After the discovery of the British tourists' bodies on a beach on Koh Tao, police said Witheridge had been raped and bludgeoned to death and Miller had suffered blows to his head.

The murders sullied Thailand's image in the tourism industry, which accounts for about 10 percent of the country's economy.

Zaw Lin and Win Zaw Htun were quickly arrested and later sentenced to death in 2015, a verdict that was upheld by the appeal court in 2017.

Thai police have faced widespread domestic and international criticism for their handling of the case and the evidence.

A pro-bono legal team defending the men has said evidence collected by police was unreliable and not in accordance with internationally accepted standards, arguing it should not have been used to convict them.

The lawyers have also said the accused men were tortured and coerced into making confessions they later retracted.

"The death sentence against the two accused and their conviction should be reversed and quashed," Andy Hall, an adviser to the men's legal team, said in a statement to media.

"DNA and forensics evidence relied on to convict Zaw Law and Wai Phyo, and sentence them to death in the Koh Tao murder case, was fundamentally flawed and unreliable in terms of international standards."

Thai courts have rejected accusations of torture and ruled that DNA evidence linked the workers to the crime.