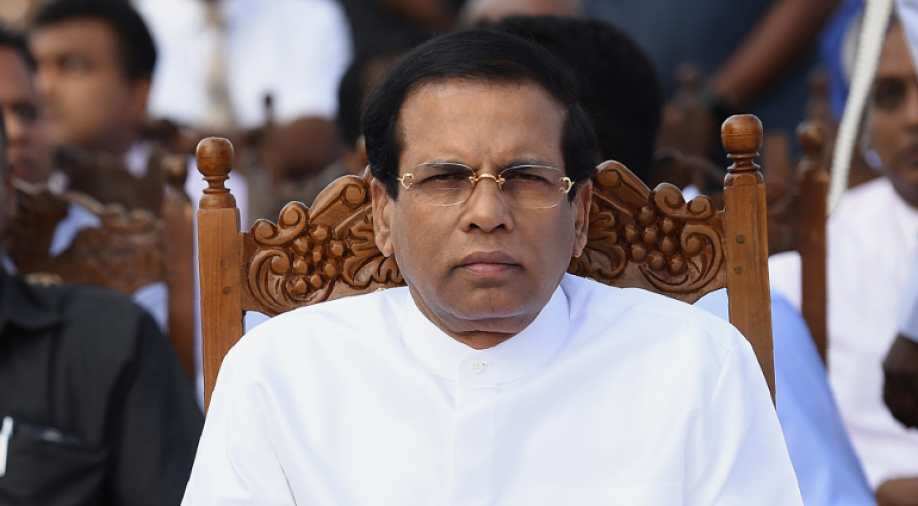 Sirisena had on Friday promised the parliamentary speaker that he would recall the assembly on Wednesday.

Sri Lanka President Maithripala Sirisena Sunday announced that he would lift the suspension of parliament in 10 days as international pressure mounted on him to open the legislature and resolve a leadership struggle.

Sirisena had on Friday promised the parliamentary speaker that he would recall the assembly on Wednesday.

He shut parliament a day after sacking Prime Minister Ranil Wickremesinghe on October 26 and appointing former president Mahinda Rajapakse to the post.

However, Wickremesinghe insisted he was still prime minister and demanded a vote in parliament to prove his majority. The closure of the assembly prevented a vote to decide who enjoyed the majority of the 225-member assembly.

The United Nations had led a chorus of international voices demanding an early resumption of parliament to end the bitter power struggle between Wickremesinghe and Rajapakse.

Sri Lanka's main Tamil party on Sunday urged the president to reconvene parliament and end a worsening political crisis, as the minority ethnic community emerge as kingmakers in the power struggle.

Wickremesinghe says his dismissal was illegal as he commands a greater majority in parliament than Mahinda Rajapakse, the former strongman president controversially installed in his place.

The TNA has already said it would vote against Rajapakse in a no-confidence motion when parliament reconvenes.

Both rivals have been marshalling numbers behind the scenes, worrying civil society groups who protested Sunday in the capital Colombo against the horse-trading.

TNA legislator Dharmalingam Sithadthan said the president had called the Tamil legislators to a meeting Wednesday -- the same day parliament was expected to reconvene.

"We have asked the president to immediately call parliament and end this crisis," TNA legislator Dharmalingam Sithadthan told AFP.