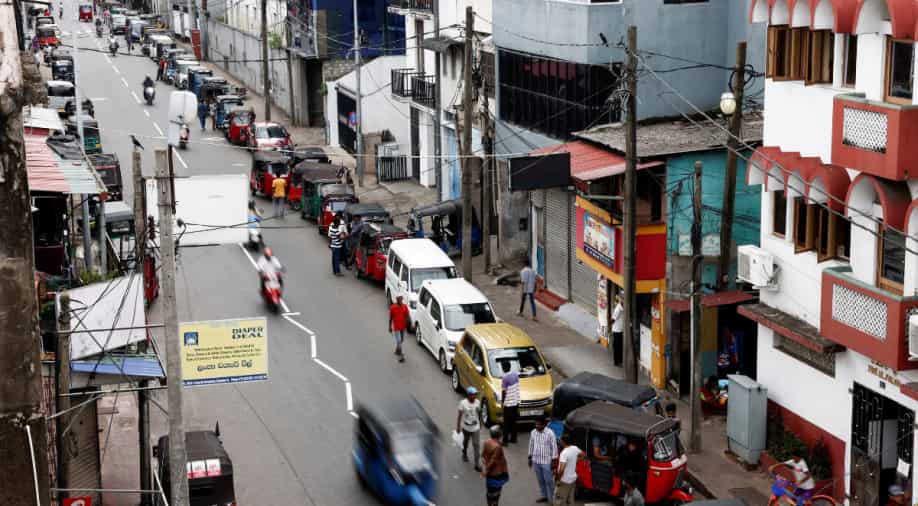 The country is witnessing long queues at the gas stations, with people claiming to have waited for several days to fill their tanks. Photograph:( Reuters )

The country is facing its worst economic crisis since gaining independence in 1948 and the last few months has seen major food and fuel shortages along with record levels of inflation.

Sri Lanka has decided to stop all fuel sales for the next two weeks except for essential services in order to manage their dwindling resources. The country is facing its worst economic crisis since gaining independence in 1948 and the last few months has seen major food and fuel shortages along with record levels of inflation. "From midnight today, no fuel will be sold except for essential services like the health sector, because we want to conserve the little reserves we have," government spokesman Bandula Gunawardana said according to an AFP report. "We regret the inconvenience caused to the people," he said while talking about the present condition in the island nation.

Last week, the country decided to implement a shutdown with most government schools staying closed and public sector offices operating with minimum staff. However, the fuel shortage continues to affect the country and it has now been extended to July 10.

Gunawardana said that the government is working towards a solution and asked the private sector companies to also adapt a similar policy and implement work from home for most of the employees.

The Sri Lankan government is currently in talks with the International Monetary Fund (IMF) about a possible bailout after they defaulted on their $51 billion foreign debt earlier this year. They are also talking to a number of countries for help in order to improve the crisis gripping the country.

The United Nations has already launched an emergency response to Sri Lanka’s economic crisis by providing food to thousands of pregnant women who were affected by the food crisis.