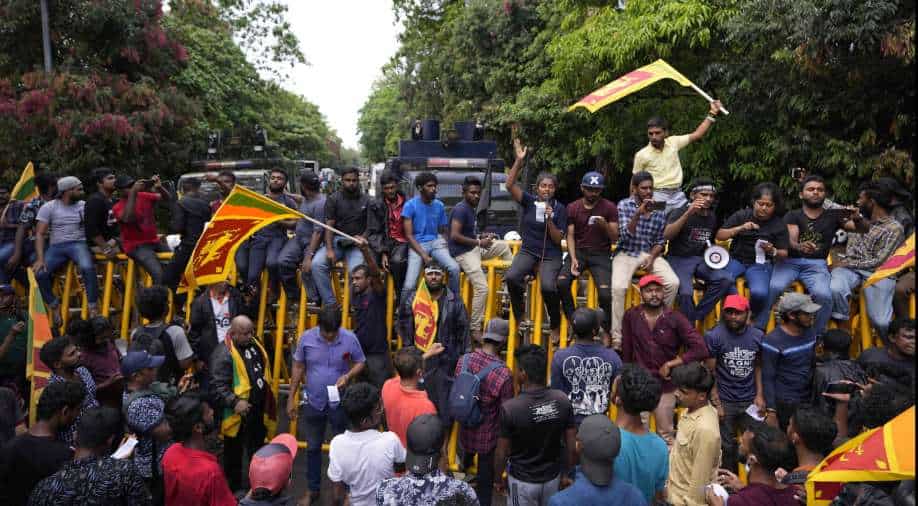 The president invoked the tough laws after trade unions staged a nationwide strike on Friday demanding his resignation over worsening economic crisis.

Sri Lankan President Gotabaya Rajapaksa has declared a state of emergency for the second time in two months as protest against the ruling establishment over inflation and economic crisis rages on.

According to the president’s media division, the emergency will take effect from midnight of May 6.

According to reports, the president invoked the tough laws after trade unions staged a nationwide strike on Friday demanding his resignation over worsening economic crisis.

The move comes in the wake of protests across the island demanding the resignation of the president and the entire government over failure to solve the severe economic crisis.

Earlier in the day, thousands of student activists belonging to the Inter University Students Federation blocked the main access road to the parliament complex and carried out protests for the past 24 hours. The police resorted to firing tear gas shells and water cannons to disperse the protesters.

Despite mounting pressure, President Rajapaksa and his elder brother and Prime Minister Mahinda Rajapaksa have refused to quit.

On Thursday, they won a key election in Parliament when their candidate convincingly won the race for the post of Deputy Speaker Ranjith S.

However, 24 hours after being elected, Ranjith resigned.

In his resignation letter to the president, he said, “Personally, I believed that I was put forward as the candidate representing the opposition and the government. However, the opposition fielded a candidate in the last minute and went for a secret ballot.”

“Although emerging victorious, I am now being perceived as a traitor and an enemy by the public.”

“As someone who understands the plight and the current struggles of the people, I wish to side with them and resign.”

The Rajapaksa government had first declared emergency on April 1 to control law and order after thousands converged on the streets against the government.

However, the president later revoked the order on April 05 after coming under pressure from his own cabinet ministers and the opposition parties.

The island nation is going through an economic meltdown of a scale unseen since the country’s financial crisis of 1948.