Samjhauta, Thar trains won't operate till I am in charge of railways, says Pakistan minister 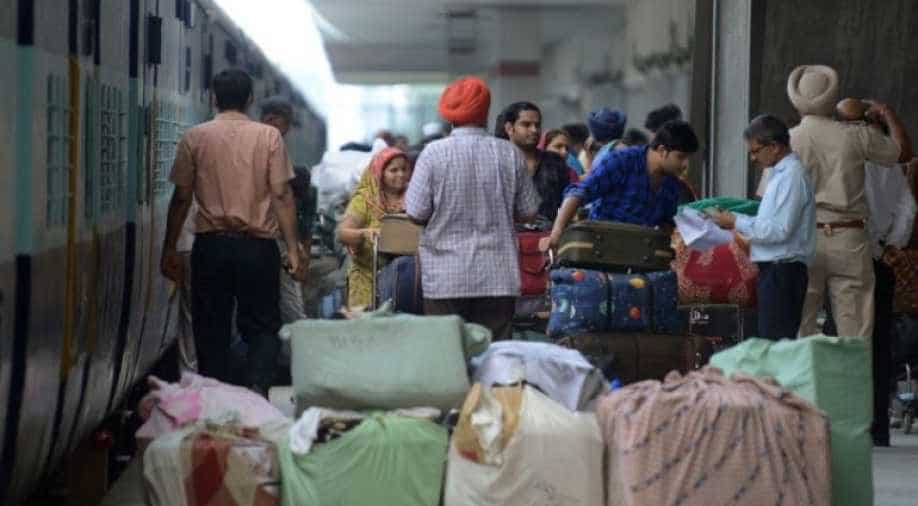 An immigration official checks passports of Indian Muslim Passengers returning from Pakistan on the Samjhauta Express, also called the Friendship Express, after arriving at Atari railway station, some 35 km from Amritsar. Photograph:( AFP )

A day after announcing the suspension of Samjhauta Express in the wake of the scrapping of Article 370 that gave special status to Jammu and Kashmir, Pakistan on Friday said it will stop the Thar Express that connects Karachi and Jodhpur.

Pakistan Railway Minister Sheikh Rashid Ahmad has rejected India's request to review the decision of closing down the operations of the Samjhauta and Thar Express trains, saying that the services will not resume till the time he holds the post.

"Though a final decision will be taken by the Foreign Office over the request to review the closure of the trains, I reject India's request. And till the time I remain the minister for railways, there would be no operation of the Samjhauta and Thar Express trains," he said at a press conference at the Pakistan Railways headquarters here on Saturday.

He said the rakes being used for the Samjhauta and Thar Express would now be utilised for trains in his country, Dawn reported.

A day after announcing the suspension of Samjhauta Express in the wake of the scrapping of Article 370 that gave special status to Jammu and Kashmir, Pakistan on Friday said it will stop the Thar Express that connects Karachi and Jodhpur.

Ahmad had announced last week that the Thar Express will be shut down at midnight on Friday while the Samjhauta Express will cease to run from Saturday.

The decision to suspend the two trains follows Islamabad`s other moves to remonstrate, including suspending bilateral trade and downgrading of diplomatic relations.

Indian Railways on Thursday had clarified that the Samjhauta Express has not yet been suspended but Pakistan authorities refused to send their crew to India citing security concerns.

The train stood in the Wagah side of the border in Pakistan with around 110 passengers yesterday. An Indian engine brought the train from Wagah to Attari.

The Samjhauta Express is a bi-weekly train Thursday and Monday that runs between Delhi and Attari in India and Lahore in Pakistan since 1976 after the Simla Agreement between the two countries.

The last time the operation of the Samjhauta Express were suspended was on February 28, following the Pulwama terror attack by Pakistan-based terror group Jaish-e-Mohammed killing 40 CRPF jawans on February 14. But it was resumed shortly thereafter.

Calling its steps in Jammu and Kashmir an 'entirely internal affair', India has rejected Pakistan's unilateral move to downgrade diplomatic ties and asked Islamabad to review the decision so that normal channels for diplomatic communications are preserved.