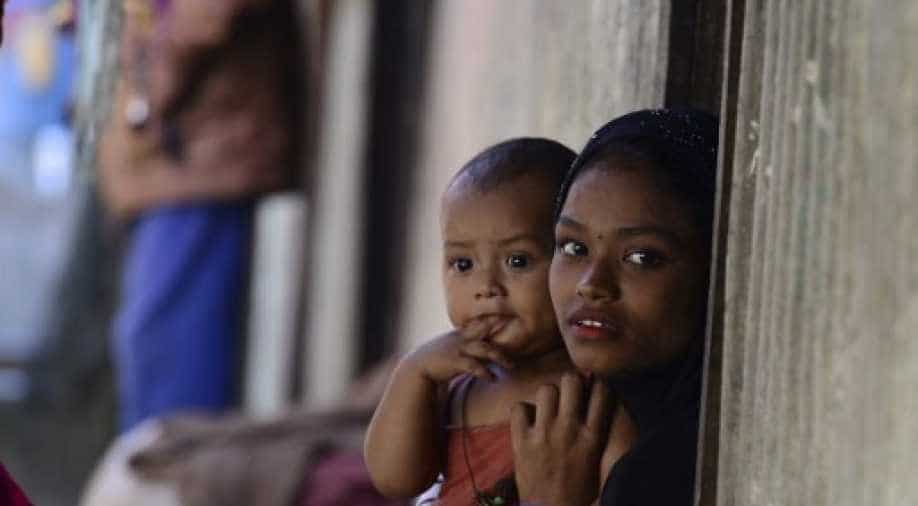 The Muslim Rohingya minority has urged Bangladesh to coerce neighbouring Myanmar to allow them to return to their ancestral land through international pressure.

Scores of thousands of Rohingyas are fleeing Myanmar for Bangladesh following a bloody army crackdown, especially in the riven western state of Rakhine -- an action that has drawn widespread rebuke from the international community.

Around 70,000 Rohingya Muslims have entered Bangladesh since "clearing operations" began four months back, sparking a grievous refugee crisis in the Southasian nation.

Since then, Bangladesh has resurrected plans to relocate the thousands of refugess to a remote island called Thengar Char in the Bay of Bengal. But Dhaka's plan to shift them there has faced stiff controversy as critics say the island is inhabitable and prone to flooding.

Instead, he felt that the problem would not be alleviated "until the Burmese government do not stop these human rights abuses and restore their right to their native land".

Rohingya Muslims have lived in Myanmar for centuries but have faced persecution from the Burmese authorities.

There are 1.1 million Rohingya residing in Myanmar, many of whom who have stayed in the country for generations but they are still viewed by many Burmese as illegal immigrants from Bangladesh.

A Malaysian ship carrying aid for thousands of Rohingya Muslims who have fled a bloody army crackdown in Myanmar docked in Bangladesh Tuesday, days after it met with protests in Yangon.

Senior Bangladeshi officials and Malaysian diplomats gathered at Chittagong port as Nautical Aliya docked in the southern city, from where its aid cargo will be transported to Rohingya camps.

The shipment was received by local officials of the Red Crescent and International Organisation of Migration at the port’s container terminal in a brief handover ceremony.

Trucks will carry the 1,472 tonnes of food, clothing and medical items to Cox's Bazar, some 200 kilometres (125 miles) south of Chittagong for distribution to tens of thousands of Rohingya refugees.