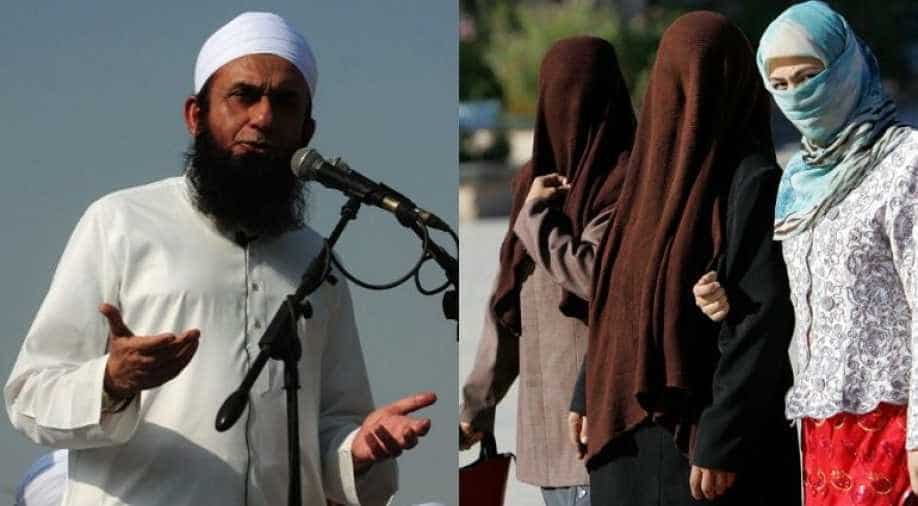 Coronavirus pandemic has spiked the cases of domestic abuse across the globe. This has happened due to extended lockdowns forcing them to stay at home.

Pakistan's well-known cleric Maulana Tariq Jameel has said that women are the cause of coronavirus pandemic. These comments were made during the Ehsaas Telethon fundraising event on live television in the presence of Prime Minister Imran Khan.

The cleric called it "wrongdoing of women". According to Jameel, women who "often scantily" dress were the reason for an outbreak in the country. He condemned the women and said their behaviour has put the country in jeopardy.

Jameel went on to lash out on media and accused them of spreading lies. He said: "This is not just restricted to Pakistani media. Foreign media are also liars." But he later on apologised by calling it a "slip of tongue".

But the cleric has yet not apologised for his sexist take on the cause of coronavirus pandemic. Pakistan's newspaper Dawn posted an editorial calling it a "shame" that the cleric was not questioned for such remarks and these comments were passed on live television from a platform that involved the country's top brass.

Human Right Commission of Pakistan (HRCP) has questioned the cleric for his remarks on women, calling it "blatant objectification". The commission took to Twitter to condemn the cleric's statement.

HRCP is appalled at Maulana #TariqJamil's recent statement inexplicably correlating women's 'modesty' to the #Covid19 pandemic. Such blatant objectification is unacceptable and, when aired on public television, only compounds the misogyny entrenched in society.

Coronavirus pandemic has spiked the cases of domestic abuse across the globe. This has happened due to extended lockdowns forcing them to stay at home.

Pakistan has crossed the 10,000 mark in the coronavirus cases. The cases currently stand at 11,940 with 253 death across the nation.