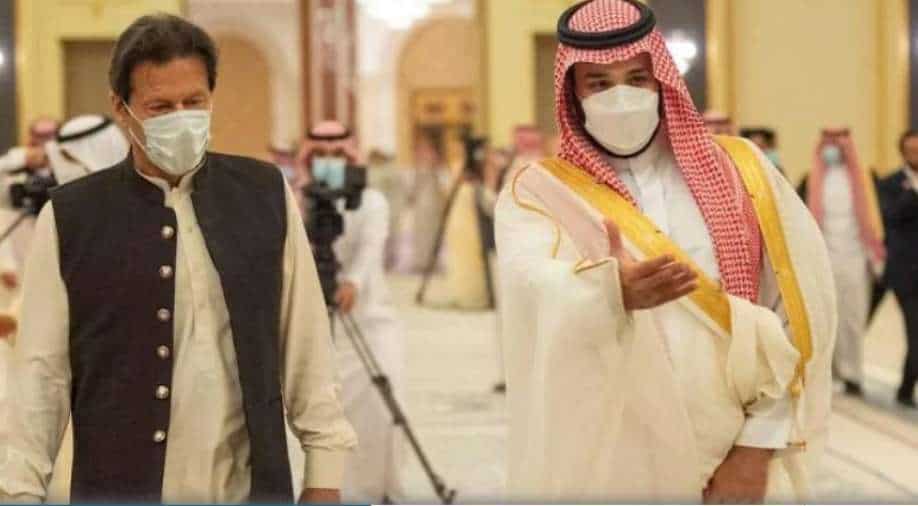 Pakistan’s Prime Minister Imran Khan has been invited to the ‘Middle East Green Initiative Summit’ by Saudi Arabia. The PM Office said, Khan has accepted the invitation to the summit, which will be held in October. The invitation was delivered by Saudi Ambassador Nawaf bin Saeed Ahmad Al-Malkiy

Pakistan’s Prime Minister Imran Khan has been invited to the ‘Middle East Green Initiative Summit’ by Saudi Arabia on Friday. The summit will be held in October.

The invitation for the prime minister was delivered at his office by Saudi Ambassador Nawaf bin Saeed Ahmad Al-Malkiy, a Dawn report said. In a statement, the PM Office said, Khan has accepted the invitation.

Earlier, Saudi Arabia had announced 118 humanitarian projects worth over $123 million for cash-strapped Pakistan in food security, health, education and water during Prime Minister Imran Khan's two-day visit, according to a report.

He said that the kingdom has provided medical and preventive aid worth over USD 1.5 million to combat the pandemic.

Prior to this, both countries had vowed to reset ties, which had been strained over policy disagreements on Kashmir issue.

The call raised eyebrows in Riyadh, where it was widely seen as a warning that Pakistan was preparing to call for a session outside OIC auspices.

Saudi Arabia prides itself on its role as guardian of Islam's holiest sites and is particularly sensitive about any move that might undermine its leadership of the 57-member pan-Islamic body.

And while the wealthy nation has supported Pakistan with billions of dollars in aid and loans in recent years, observers say the kingdom is also keen not to upset India, a key business partner and importer of Saudi oil.

Taliban's Baradar appears in video, refutes reports of him getting hurt