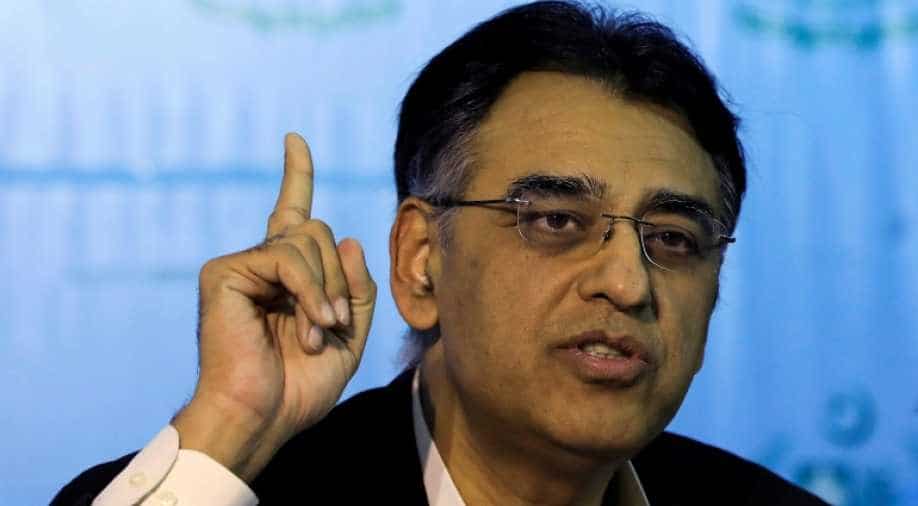 The South-Asian nation is going through an economic crisis after the United States decided to cut off the financial aid to the country in the view of terrorist attacks.

This comes a day after the IMF in its yearly World Economic Outlook reportedly projected that Pakistan's growth may remain at 2.5 per cent till 2024 unless Islamabad undertakes indispensable economic reforms.

Last year in October, Pakistan formally requested the IMF for yet another economic assistance package.

The South-Asian nation is going through an economic crisis after the United States decided to cut off the financial aid to the country in the view of terrorist attacks.

The US views Pakistan as a safe haven for the terrorists and insurgents, responsible for the 17-years-old war going on in the neighbouring country Afghanistan.

Pentagon, in September, had reportedly cut off aid worth $300 million due to the growing concerns regarding the Islamabad's failure to tackle the militants.

In August, the Congress had also slashed the security-oriented financial aid to Pakistan.

Pakistan, however, has sought help from several countries including Saudi Arabia and China as its economy has been in limbo for a long time.

However, Pakistan secured loans up to $6 billion from Saudi Arabia on the sidelines of the Future Investment Initiative conference in Riyadh in October.

Islamabad has been seeking commercial loans of $2 billion from Beijing. China has already refused to provide a balance of payment (BoP) support to Pakistan.