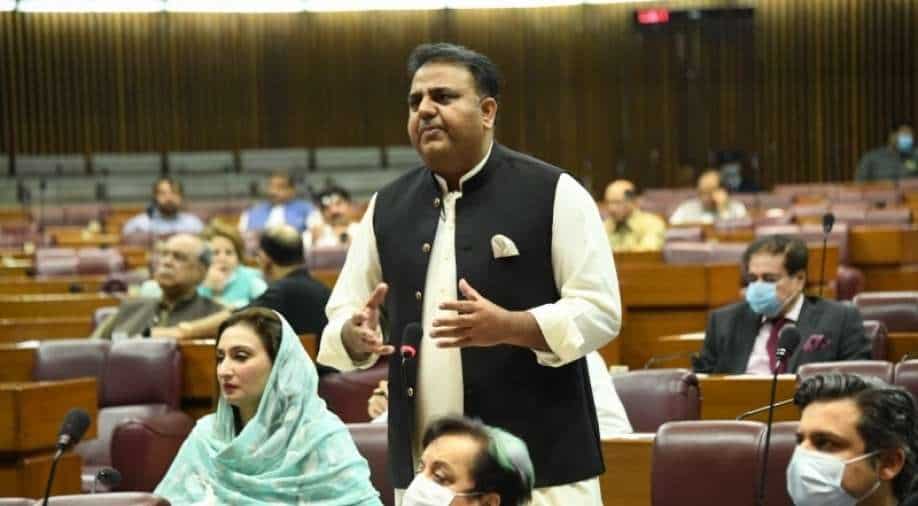 Earlier the day, the National Assembly saw a fiery exchange between the ruling parliamentarians and the opposition parties, as the suspense over the no-trust vote continued

Ahead of the resumption of the no-confidence motion session in parliament, Pakistan’s Federal Minister for Information Fawad Hussain Chaudhry claimed that the opposition parties have given their consent to hold elections.

Speaking to reporters minutes before the resumption of the proceedings, the minister said, “Talks have been held with friends from the opposition today, everyone is mentally ready to go to the polls. It is not the job of the army and the judiciary to solve the problems of politicians all the time. Politicians need to think beyond their feet.”

He alleged that all parties wanted elections due to be held in five months.

“More than five months are being demanded for elections. The country cannot run like this. The economy is also being destroyed due to political instability. If we had gone for elections, this crisis would have ended,” Chaudhry said.

Asserting that the Imran Khan-led government has still not lost hope, the minister said, “ Parliament is the supreme body, no one is above the parliament. There is still a match of 20 overs left, we want elections according to the constitution.”

Meanwhile, the lower house of the parliament has resumed the no-confidence session following a 30-minute namaaz break.

Also read | Over fear of losing match, Imran Khan first captain to run away with wickets'

Earlier the day, the National Assembly saw a fiery exchange between the ruling parliamentarians and the opposition parties, as the suspense over the no-trust vote continued.

The government continued to make its case for holding elections as the best possible outcome, the opposing harped on to start the no-confidence polls today (Saturday) itself.