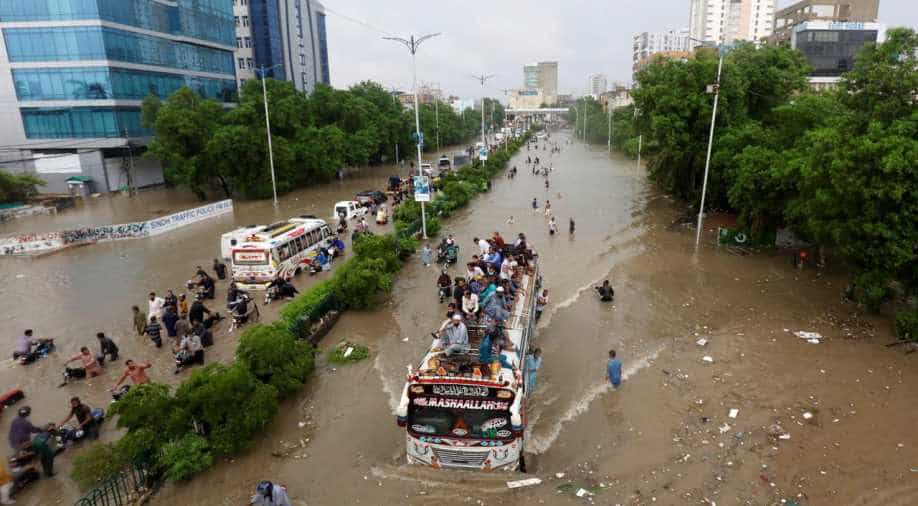 Pakistan has neither an effective telemetry system nor modern weather forecast radars for timely prediction of flooding, the national disaster management agency has said, as seasonal torrential rains claimed 134 lives and injured 81 others in the last over two months since the monsoon began in the country.

Every year, Pakistan struggle to cope with the annual monsoon deluge and other rain-related incidents which cause huge loss of life and properties. The monsoon season runs from June-July through September.

Monsoon rains are lashing Pakistan at a time when authorities are trying to contain the spread of the coronovirus, which caused 6,288 deaths since February when the country reported its first case.

"Of those killed, 61 are males, 14 females and 59 children,? it said, adding that 81 people, including 10 in the last 24 hours, were also injured in various rain-related incidents across the country.

According to the National Monsoon Contingency Plan 2020 compiled by the NDMA, "The country still does not have an effective aviation system to deal with flood disasters and other catastrophes,"

The report noted that Pakistan has a medium and long term forecast system capable of accurately predicting the weather for a period of only 7 to 15 days while the seasonal weather forecast accuracy rate is also not more than 65-70%, the Express Tribune reported on Saturday.

The contingency report indicated that Pakistan is relying on old technology for weather forecast which makes it difficult to make standard and accurate atmospheric predictions. It said the availability of data on the discharge of water in the eastern rivers depends on timely information from India.

There is no telemetry system for flash flood warning in the mountainous regions in Khyber Pakhtunkwa, South Punjab, Balochistan and PoK, the report said.

It also underlined that Pakistan does not always have an aviation system ready for disaster management.

Seasonal torrential rains in Pakistan have so far claimed 48 lives in Khyber-Pakhtunkhwa, followed by 34 in Sindh, 17 in Balochistan, 14 in Punjab, 11 in Gilgit-Baltistan region and 10 in PoK.

Among those injured, 42 were reported from Khyber-Pakhtunkhwa, 13 from Balochistan, nine from Sindh, eight from Punjab, five from PoK and four from Gilgit-Baltistan.

Floods and landslides triggered by heavy rains damaged 1,001 houses fully and 435 others partially, the NDMA said.

The authorities have so far provided about 830 tons of food to people affected by rain and related mishaps. They were also given 14,985 tents, 2,956 blankets and 2,200 mosquito nets in addition to other supplies.

Monsoon rains hit the sub-continent every year in summer, bringing heavy downpour that trigger floods and landslides and displace hundreds and thousands of people.