Opinion: Why Pakistan supports Kashmir's aazadi and not that of PoK 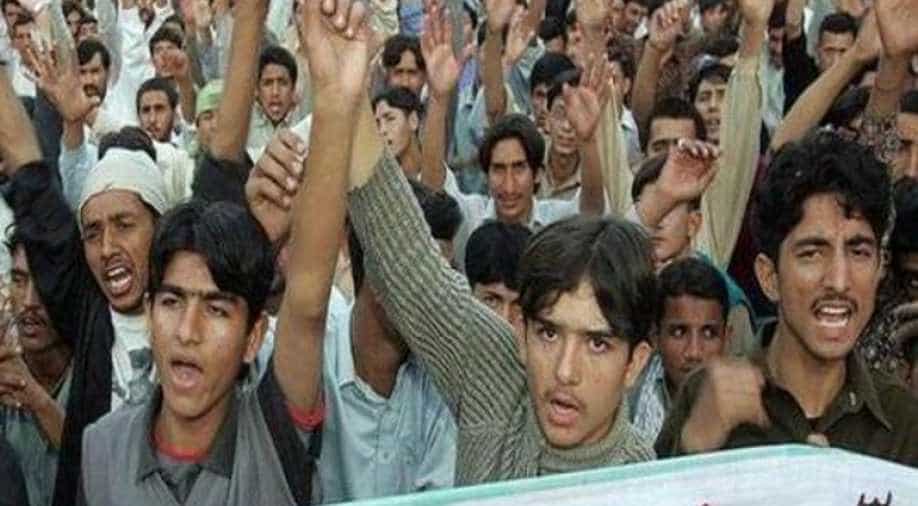 "At the stroke of the midnight hour when the world sleeps, India will awake to life and freedom…. when we step out from the old to the new, when an age ends, and when the soul of a nation, long suppressed, finds utterance”.

The famous Tryst and Destiny speech was addressed by Pt. Jawahar Lal Nehru on the eve of Indian Independence when the country was stepping from the old to new.

The two hundred years of colonial power had left India poverty-stricken and disintegrated, and the partition inflicted severe pains of communal violence.

It was not easy to lay the foundation of a country, which had suffered two hundred years of exploitation. The struggle for Independence had already played a major role in unifying the country, but half of the battle was still to be won in laying the foundation for “India”.

The collective efforts of the first Prime Minister Nehru and Home Minister Sardar Vallabhbhai Patel succeeded in integrating the 567 princely states into the dominion of India. The Congress managed to add Junagarh, Kerala, Hyderabad, Kashmir and many other princely states to India.

It implemented many other policies to reform the social, economic and educational sector of the country. However, amidst the many progressive steps that were undertaken for the improvement of the country, the Congress led by Nehru was also held responsible for the existing ire on Kashmir as well as the enmity between India and Pakistan.

In return, he signed the Instrument of Accession and acceded to be a part of the dominion of India.

However, the issue of Kashmir still remains a bone of contention between India and Pakistan. Pakistan keeps on asking for UN involvement in resolving the matter between the two countries.

National Conference leader Farooq Abdullah was also involved in a similar rhetoric recently. While asking for more autonomy for Jammu and Kashmir, the former chief minister of the state emphasised on PoK being part of Pakistan. While readily accepting PoK as part of Pakistan, he said that India cannot claim its authority over it. He reminded that India should stick to the Instrument of Accession signed with Maharaja Hari Singh.

Evidently, off late, Farooq Abdullah has been speaking in the language of Pakistan.

He said Pakistan-occupied Kashmir (PoK) belongs to Pakistan and "this won't change" no matter how many wars India and Pakistan fight against each other.

"You do not remember the Instrument of Accession and claim the other side of Kashmir is administered by Pakistan. If that side is ours, then you should talk about the accession as well. Why do you forget the conditions on which we have acceded?" he said.

Separatists and leaders like him who willfully accept the occupation of Pakistan over PoK choose to avoid the constant revolt by the people against the human right violations.

PoK recently held anti-Pakistan protests across the region to mark 70 years of Pakistan occupation of the region. To mark the unfortunate seventy years of the “Black Day” invasion, Gilgit and Baltistan held protest across the region on October 22, 2017.

The protestors chanted anti-Pakistan slogans and demanded the immediate withdrawal of the Pakistan Army from the occupied territory.

Another PoK leader Tauqeer Gilani hit out at the Pakistan occupation on Kashmir. While addressing a conference in Muzaffarabad, he questioned Pakistan's claim over Kashmir. Calling it propaganda by Muslim Conference and their paid stooges, he asked where is it written that Kashmir is Pakistan's?

He said, "Where is it written that Kashmir is Pakistan's? No agreement says so. This is nonsense and is propaganda by Muslim Conference and their paid stooges. Even on our bathroom doors, they have written 'Kashmir banega Pakistan."

Recently, the people of Gilgit-Baltistan have strengthened their voice against Pakistan's immoral imposition of taxes on them. The lawyers claim that the imposition of any tax in the region is illegal as people of the region do not have any representation in national assembly and senate.

Legal experts say that the people of Gilgit-Baltistan should not be taxed until they are granted constitutional rights. They also underlined that there are no taxes in Jammu and Kashmir despite it being part of the Constitution, also that the state provides them subsidies.

Pakistan and its organisations and leaders who constantly attack India over the issue of Jammu and Kashmir should not forget that the peaceful state was first attacked by Pakistan Kabalis. It was Pakistan which had created havoc in one of the most peaceful areas of South Asia.

The ones who talk about India conducting plebiscite in Jammu and Kashmir must not forget that according to the UN resolution, Pakistan is first supposed to vacate the place.

P Chidambaram recently said when people of Jammu and Kashmir ask for aazadi, most of them mean they want greater autonomy.

On this Jaitley blamed Congress’s flawed policy since 1947 for the Kashmir problem.

He asked what kind of “aazadi or autonomy” is Chidambaram asking which the state government or India’s Constitution does not already provide.

Union Finance minister Arun Jaitley also said that the state assembly and the state government have all the necessary powers under the Constitution, and the only issues not covered by the state are defence, communication, foreign affairs and currency.

Recently, a Delhi-based NGO  filed a petition in the Supreme Court challenging Article 35A. Article 35(A) and Article 370 gives special rights to the permanent residents of Jammu & Kashmir. It restricts people from the rest of the country to buy or own immovable property in Jammu and Kashmir, settle permanently, or avail themselves of state-sponsored scholarship schemes. The petition said that the article discriminates against the fellow citizens from the rest of the country.