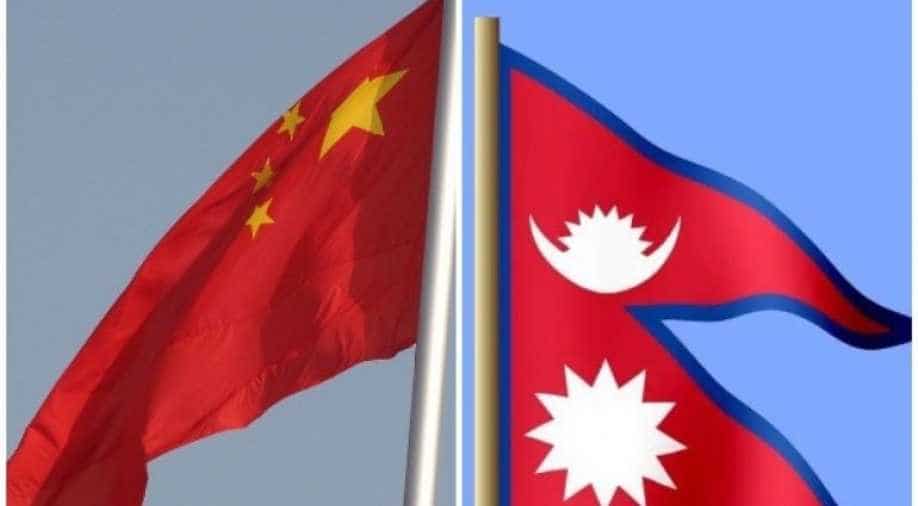 According to 'FinCEN Files', between December 2006 and March 2017, 9 banks, 10 companies and various individuals in Nepal were found to have transacted (sent/received) suspicious funds in the name of cross-border trade.

The investigative report released on Sunday shows the involvement of Nepali companies and banks attempting to deceive US sanctions on trade especially on Iran and China.

Based on a top-secret document prepared by 'Financial Crimes Enforcement Network', a government body that monitors financial transactions system in the US, the collective investigation report has been named 'FinCEN Files'.

According to 'FinCEN Files', between December 2006 and March 2017, 9 banks, 10 companies and various individuals in Nepal were found to have transacted (sent/received) suspicious funds in the name of cross-border trade.

"This shows that some Nepali business entities are linked to the international smuggling of gold, antiquities, bitumen, and telecommunication equipment. Standard Chartered Bank, Prime Commercial Bank, Bank of Kathmandu, Nepal Investment Bank, Everest Bank, Mega Bank, Himalayan Bank, Apex Development Bank of Kaski, and Nepal Bangladesh Bank are mentioned in the list of banks that are involved in transferring money suspicious," the 25 paged report based on covering Nepal stated.

FinCEN Files showed involvement of 10 Nepali companies that directly sent or received suspicious funds. As per the report, a suspicious amount of 292.7 million US Dollars has been transacted through these banks and companies during 11 years.

"Through these dubious Dubai based companies, the Rauniyar family has traded and transferred suspicious money in the name of import and export of bitumen and petroleum products in Nepal. Rauniyar Brothers and Shubha Shambridhi Traders have repeatedly opened Letters of Credit (LC) from Standard Chartered Bank of Kathmandu between September 28, 2010, and September 4, 2014. During these four years, these two companies have sent payments of 71.4 million US Dollars to different countries, including Dubai," the report revealed.

Further adding, "FinCEN has pointed out sensitive facts about these companies. Rauniyar's company brought the goods from Iran-a country where the United States has imposed a trade ban. However, the documents have been forged to show that the goods have been imported from Dubai".

During the investigation, Nepal's Investigative Journalists tried to get a response from Kite via email but didn't receive any reply. But the team of investigative journalists found that 'Kite International FZE' stationed in Kenya, Zambia, Mozambique, Nepal and the United States also has launched "a new project for higher education in Nepal" over its website. But no official record is available for the project thus claimed.

Narayanji Rauniyar, one of the directors of two companies, whose link has been established with Kite, said that both his companies are currently closed. "There is no company now. It's been four or five years since it was shut down," the report quoted him as saying.

"We used to import bitumen, but we don't anymore," he added. FinCEN stated that his son, Prakash Kumar Rauniyar, was the mastermind behind the business. Narayanji said that he was abroad and would give his phone number but that did not happen. Both the Rauniyar Brothers & Company, SubhaSamriddhi Traders Pvt. Ltd. are registered with the name of Narayan Ji Rauniyar of Birgunj and his four sons - ShyamBabu, JyotiBabu, Prakash Kumar, and Deep Kumar Babu.

Bonding between a Nepali Bank and ZTE

In the duration of three years and four months from November 4, 2013, to February 27, 2017, ZTE was found to have deposited some amount in Nepal Investment Bank, according to 'FinCEN'.

According to FinCEN, citing various media outlets, the five-year-long investigation mentioned "several conspiracies" that the ZTE created to evade US sanctions. The company "makes the purchase of telecommunications equipment from the United States and sells it illegally to Iran as ZTE's equipment." According to FinCEN, the ZTE traded suspicious funds in various countries to deceive regulating bodies against US sanctions.

ZTE is one of the leading exporters of telecommunication equipment in Nepal. Soon after the Gorkha Earthquake of 2072 B.S, ZTE was importing materials for constructing a tower for Ncell-a telecommunication company based in Nepal.

The purpose of the import was commercial, but it intended to bypass customs duty, where it tried to bring goods by sticking Red Cross stickers on the imported goods. After it was discovered during the customs inspection, ZTE had to pay 10.1 million rupees to release its goods.

"BijendraSuwal, Deputy General Manager of Nepal Investment Bank, said that the so-called suspicious documents should be sent for the response. He said that the bank could not disclose the relationship between the bank and the customer as per the Banking and Financial Institutions Act, 2073 BS," the report stated.

"Due to a lack of proper evidence, we are unable to disclose information about our customers owing to privacy obligations," Suwal has been quoted in a report which the group of Investigative Journalists received as an email reply.

There was no response from the ZTE on the report.