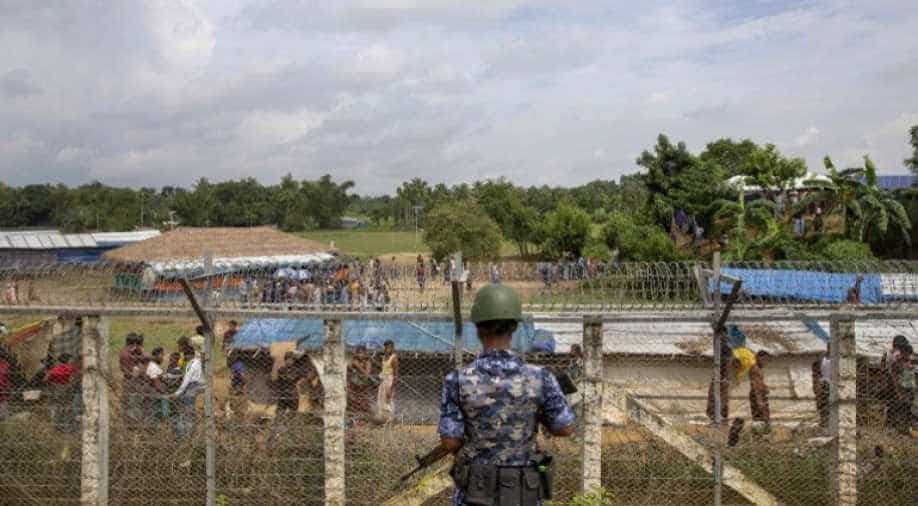 Rakhine state is one of Myanmar's poorest regions and NGOs provide aid to tens of thousands of Rohingya Muslims still languishing in displacement camps as well as other local communities.

A Plan International aid worker was shot by Myanmar security forces in Rakhine state, the army said Tuesday, the first time an NGO employee has been swept up in violence plaguing the area.

Rakhine state is one of Myanmar's poorest regions and NGOs provide aid to tens of thousands of Rohingya Muslims still languishing in displacement camps as well as other local communities.

But Myanmar's army has deployed thousands of troops there in recent months to try and crush rebels from the Arakan Army (AA), who are fighting for more autonomy for ethnic Rakhine Buddhists.

Myanmar national Ye Lin Naing, 25, was driving a motorcycle in Mrauk U township Sunday when "a security forces member opened fire... as a warning shot" when he did not stop, according to a statement from the commander-in-chief's office.

He was wounded and taken to the hospital, but the army says he was carrying a grenade and charged him under a counterterrorism law.

Plan International, a prominent aid agency that provides aid to displaced households and children affected by the conflict in Rakhine, said it was "extremely concerned" about their employee who remains in the custody of security forces.

Fighting between the Arakan Army and the military prompted a weeks-long internet shutdown that rights groups say is being used to provide cover for abuses including extrajudicial killings and torture.

The military says it fighting insurgents and dealing with a sophisticated group that uses modern technology and is heavily armed.

The clashes follow an army crackdown in 2017 against the Rohingya Muslim minority in northern Rakhine, when more than 740,000 were driven into Bangladesh.

A UN probe has called for genocide prosecutions against Myanmar's top brass for overseeing the expulsions.