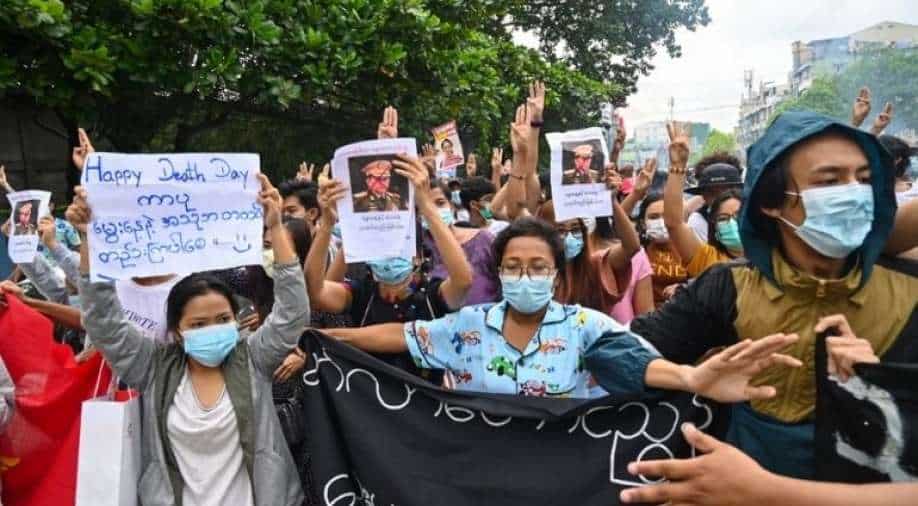 In a statement by the Human Rights Watch, it has been revealed that the junta and its security forces have imposed new travel restrictions on humanitarian workers

It's important to note that mass protests have been taking place across Myanmar since the military seized control this year on February 1. As per the reports, hundreds of people, including children and women, have been killed so far.

In a statement by the Human Rights Watch, it has been revealed that the junta and its security forces have imposed new travel restrictions on humanitarian workers.

EXPLAINER | Why are people in Pakistan's Gwadar protesting against the Chinese? Here is what we know

They have blocked access roads, destroyed non-military supplies and shut down telecommunications services. The Human Rights Watch also reported that the aid workers have been attacked.

In the aftermath of the February 1 coup, the Myanmar currency saw severe devaluation, leading to banking and supply chain crises and shortages of food, medicine and other basic amenities. Since the coup, the junta has carried out a nationwide crackdown on pro-democracy protesters.

In the statement, the Human Rights Watch also urged the United Nations, the Association for Southeast Asian Nations (ASEAN) and concerned governments to press the State Administration Council (SAC) junta to urgently allow humanitarian aids to reach all those who need them.

Shayna Bauchner, Asia researcher as quoted by the Human Rights Watch, said, "Myanmar's junta has worsened a self-created humanitarian catastrophe by displacing hundreds of thousands of people and then blocking the critical support they need to survive."

"The generals are callously denying lifesaving assistance to people affected by conflict since the military takeover, seemingly as a form of punishment," he added.

In a report by Human Rights Watch, it has been revealed that fighting in some ethnic minority areas has expanded, resulting in war crimes. The crisis has displaced over 284,000 people, with an estimated 22,000 refugees fleeing to India and Thailand.